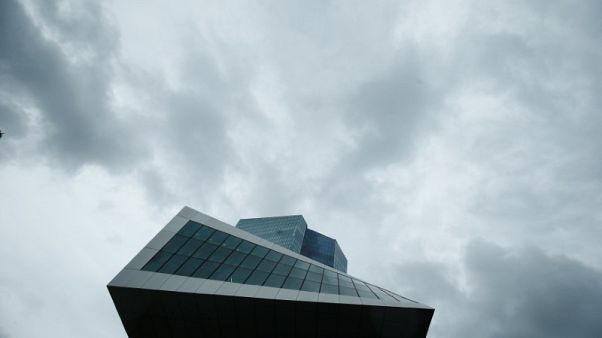 By Francesco Guarascio BRUSSELS (Reuters) – European Union states are considering measures which would allow them to temporarily stop people withdrawing money from their accounts to prevent bank runs, an EU document reviewed by Reuters revealed. The move is aimed at helping rescue lenders that are deemed failing or likely to fail, but critics say it could hit confidence and might even hasten withdrawals at the first rumours of a bank being in trouble. The proposal, which has been in the works since the beginning of this year, comes less than two months after a run on deposits at Banco Popular contributed to the collapse of the Spanish lender. It also come amid a bitter wrangle among European countries over how to deal with troubled banks, roughly a decade after a financial crash that required the European Central Bank to print billions of euros to prevent a prolonged economic slump. Giving supervisors the power to temporarily block bank accounts at ailing lenders is “a feasible option,” a paper prepared by the Estonian presidency of the EU said, acknowledging that member states were divided on the issue. EU countries which already allow a moratorium on bank payouts in insolvency procedures at national level, like Germany, support the measure, officials said. “The desire is to prevent a bank run, so that when a bank is in a critical situation it is not pushed over the edge,” a person familiar with German government’s thinking said. To cover for savers’ immediate financial needs, the Estonian paper, dated July 10, recommended the introduction of a mechanism that could allow depositors to withdraw “at least a limited amount of funds.” Banks, though, say it would discourage saving. “We strongly believe that this would incentivise depositors to run from a bank at an early stage,” Charlie Bannister of the Association for Financial Markets in Europe (AFME), a banking lobby group, said. The Estonian proposal was discussed by EU envoys on July 13 but no decision was made, an EU official said. Discussions were due to continue in September. Approval of EU lawmakers would be required for any final decision.

INSURED DEPOSITS The plan, if agreed, would contrast with legislative proposals made by the European Commission in November that aimed to strengthen supervisors’ powers to suspend withdrawals, but excluded from the moratorium insured depositors, which under EU rules are those below 100,000 euros ($117,000). Under the plan discussed by EU states, pay-outs could be suspended for five working days and the block could be extended to a maximum of 20 days in exceptional circumstances, the Estonian document said. Existing EU rules allow a two-day suspension of some payouts by failing banks, but the moratorium does not include deposits. The Commission, which declined to comment on the discussion, had previously excluded insured deposits from the scope of the moratorium tool fearing it “may have a negative impact on market confidence,” according to a press release published in November. Many states supported a suspension of payouts only during the so-called resolution of a failing bank – the process which imposes losses on lenders’ investors and possibly also uninsured depositors, while preserving the continuity of the banking activities, the document said. Most countries opposed bolder plans for an early moratorium. (Additional reporting by John O’Donnell in Frankfurt; Editing by Richard Balmforth and Alexander Smith)