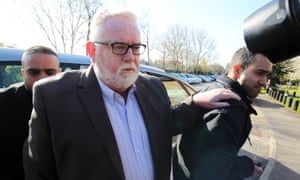 Paul Flowers, the former chairman of the Co-operative Bank, has been dismissed as a minister by the Methodist church after he was convicted of possessing cocaine, crystal meth and ketamine in 2014.

In a statement, the church said: “Following the conclusion of our disciplinary process, Paul Flowers has been removed from the list of ministers of the Methodist church.

“Mr Flowers admitted a charge of ‘seriously impairing the mission, witness or integrity of the church’.”

Earlier he had been suspended pending a disciplinary hearing.

Six months later he appeared before a Treasury select committee, where he was accused of not knowing the “very basic” details of the bank’s finances.

A few days later he was filmed apparently counting out £300 to buy cocaine and crystal meth in a drugs deal. After the Mail on Sunday was handed the footage and published a story, Flowers was nicknamed the “Crystal Methodist”.

In May 2014, he was fined £525 after pleading guilty to possession of cocaine, crystal meth and ketamine at Leeds magistrates court. The court heard that “stress and the care of his terminally ill mother [were] reasons for his drug use”. He was said to be remorseful and seeking professional help.

Following his conviction, he told the BBC: “I am in company with every other human being for having my frailties and some of my fragilities exposed. Most people get through their life without that ever coming into the public domain.

“I am no worse and no better it seems to be than any number of other people. But, of course, I have sinned in that old fashioned term, which I would rarely use, but I am like everybody else, I am frail.”

In an interview with the Guardian last year, he admitted to the repeated use of male escorts for “comfort and solace”.

Flowers had been a Methodist minister since 1976, and was a trustee of the body that manages the church’s funds and investments. He was suspended indefinitely in November 2013.

The church’s disciplinary body told Flowers of its decision to remove him last month. He did not exercise his right to appeal. He can no longer use the title “reverend” nor lead services.

On Sunday, Flowers denied he had been sacked. He told the Mirror: “I’ve not been dismissed. Bye, bye, God bless you.”