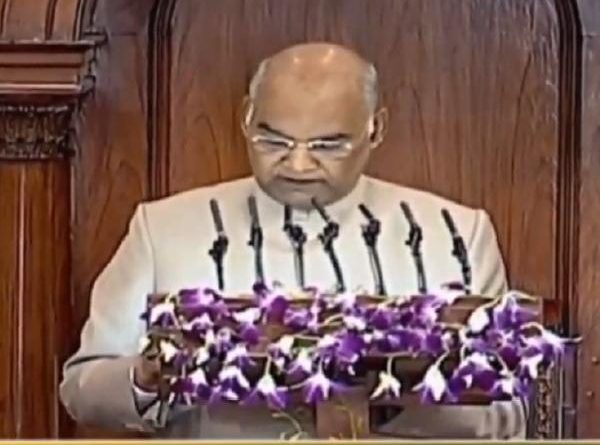 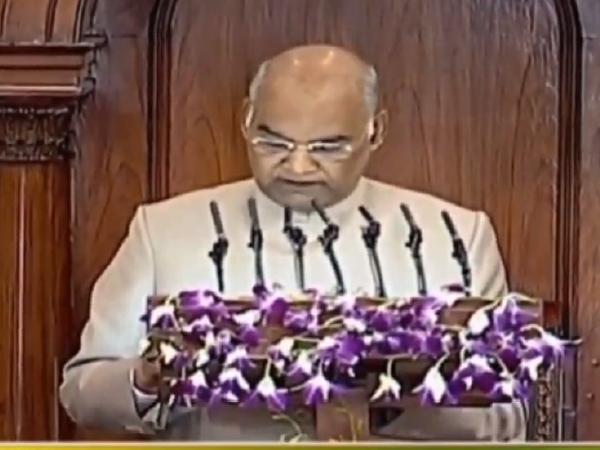 New Delhi: President Ram Nath Kovind on Thursday addressed the joint sitting of both the houses of Parliament and presented the roadmap for the Government of India in the coming years while also highlighting the tasks which have already been done. Apart from Members of both houses of Parliament (MPs), the session was attended by Vice President Venkaiah Naidu, Prime Minister Narendra Modi and newly-elected Lok Sabha Speaker Om Birla.

Voicing the concerns of millions of Indians, the President said that water conservation is a priority and will be emphasised through the government’s policies. A Jal Shakti ministry has been created for this very purpose, he added. “The new India, with Gurudev Rabindranath Tagore’s ideals, will move towards the formation of an India where people’s minds are free of fear, and their head is high with self-respect.”

The President talked about the most important issues faced by the country and outlined his government’s vision on how to tackle the biggest problems while growing the country economically, socially and culturally at the same time.