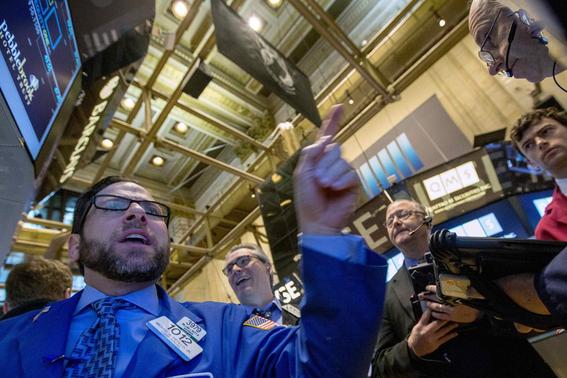 (Reuters) – Stocks markets around the world clung to modest gains on Thursday, with European equities retreating from seven-year highs, after Germany rejected a Greek proposal to extend its bailout and as oil prices dropped.

Government borrowing costs fell across the euro zone and the euro lost ground against the yen and dollar.

Despite the German rejection, Greece’s wording of a document seen by Reuters appeared to cooperate substantially with the terms laid out by euro zone finance ministers in earlier negotiations.

“At this point, investors think that even if a deal is reached, it won’t mean that the ‘Greek issue’ will be resolved,” said Mirabaud Securities senior equity sales trader John Plassard in Geneva. “There will be serious doubts on whether Greece will fully implement the agreement.”

The Greek request for a six-month extension to its euro zone loan agreement came as it was only weeks away from running out of cash. Crucially, Greece agreed the plan would be monitored by the EU Commission, the European Central Bank and the International Monetary Fund, a retreat by Prime Minister Alexis Tsipras, who had vowed to end cooperation with ‘troika’ inspectors.

The dollar .DXY rose 0.3 percent against a basket of major currencies after falling on Wednesday on the notion the minutes hinted a rate hike in June was unlikely. [FRX/]

“There’s a reconsideration in terms of the extent to which the minutes were suggesting that June was being taken off the table,” said Alan Ruskin, global head of currency strategy at Deutsche Bank in New York.

As Wall Street pared its losses in late trading, investors pulled some money out of safe-haven U.S. Treasuries, with the 10-year yield US10YT=RR rising to 2.11 percent. [US/]

In oil markets, benchmark Brent crude futures LCOc1 for April ended down 32 cents, or 0.53 percent, at $60.21 a barrel. U.S. crude CLc1 settled down 98 cents, or 1.88 percent, at $51.16. Oil pared its earlier drop after government data showed a smaller increase in weekly build in U.S. crude inventories than a private report had shown late Wednesday.