Skip to content
BANKING & SAVING
June 9, 2015 Joy Mitra 0 Comments it would get access to some €10.9 billion, Minneapolis Fed since October 2009, sudden and destabilizing reversals 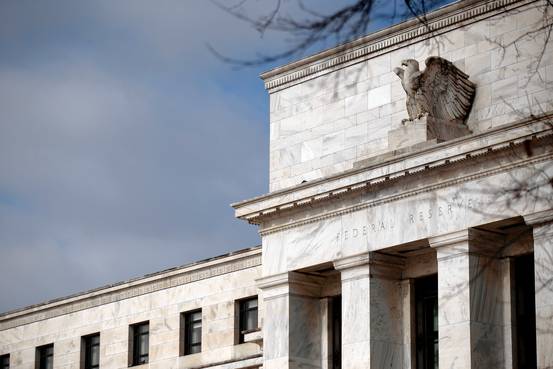 Yields on 10-year U.S. Treasury notes have risen from below 2% in April to 2.37% of late, a movement that is sparking talk in investment circles of a repeat of the “taper tantrum” of 2013.

Back then, yields shot up, stock prices tumbled and emerging markets convulsed when Federal Reserve officials broached publicly the idea of ending the bond buying program known as quantitative easing. The market volatility had real economic consequences – slowing a fragile U.S. housing recovery. But this doesn’t quite feel like a repeat of that episode just yet.

Back in 2013, a fundamental problem was that the market misread the Fed’s plans for its bond purchases. Fed officials were eying an exit from the program at a time when some investors were talking about “QE-infinity,” the idea that bond buying might go on forever and ever. The market move was about investors getting their expectations in line with the central bank’s intentions.

The latest move appears driven by stronger economic data and not a fundamental reassessment of the Fed’s plans. Friday’s jobs report, which showed robust hiring in May, in addition to some good economic news on U.S. car sales and trade, have helped to wash away fears that the U.S. economy has lost momentum. This does affect market expectations for Fed policy; a Fed increase in short-term interest rates in September now looks more likely than it did a few weeks ago. But that shift in expectations is driven by economic data and not a misreading of the central bank’s game plan. That ought to make this move easier for investors and the economy to digest.

As pointed out in a research note by Krishna Guha, vice chairman of the research group Evercore ISI, this episode also hasn’t been accompanied by the sharp stock market declines that characterized the 2013 tantrum. It’s also worth repeating that 2.37% is still an awfully low yield for a 10-year Treasury note in an economy in which the central bank wants 2% inflation. Investors walk away with a measly real return, a sign of the economy’s longer-run torpor and the extent of cheap credit still in the financial system.

None of this is to say that investors have an easy ride ahead of them. A rise in yields on German bunds has been even sharper of late – climbing from near zero in late April to just under 1%. The move took place over a few days and reversed months of decline. With yields deeply suppressed – like a coiled spring — by the combination of weak economic fundamentals and aggressive central bank action, the risk of sudden and destabilizing reversals in the U.S. or elsewhere still runs high.

Kocherlakota to Join University of Rochester. Minneapolis Federal Reserve Bank President Narayana Kocherlakota had previously announced he would step down at the end of his term on Feb. 29, 2016. The regional reserve bank and the university said Monday that he will become the Lionel W. McKenzie Professor of Economics effective Jan. 1, 2016. He has been president of the Minneapolis Fed since October 2009.

Harker Part of Panel that Appointed Him to Philly Fed Job – Bloomberg. Patrick Harker, who takes over July 1 as president of Philadelphia Fed, was a member of the bank’s board of directors — the group that would choose a successor to the retiring Charles Plosser — and was also part of the board’s search committee. That meant he helped interview and evaluate other finalists before agreeing to become a candidate himself. The details of Harker’s appointment were disclosed by the Philadelphia Fed in response to a Bloomberg inquiry. They come to light as the central bank faces increased scrutiny from lawmakers, policy analysts and some community activists over the Fed’s structure and how its leadership is selected.

Greece, Creditors Consider Extending Bailout. Greece’s international creditors have suggested extending the country’s bailout program until the end of March 2016, but disagreements over the conditions attached to the continued support and what would happen afterward risk undermining that plan. The eurozone’s portion of Greece’s €245 billion ($272 billion) rescue program runs out at the end of June, which has raised questions over how Athens will pay its debt beyond this month and remain in Europe’s currency union. To ensure that Greece doesn’t run out of money until the end of March, it would get access to some €10.9 billion that had been set aside under its old bailout for recapitalizing weak banks.

Obama Warns Both Sides on the Need for Flexibility on Greece Deal.

ECB’s Mersch: Government Bond Yields Not a Threat. European Central Bank executive board member Yves Mersch on Monday downplayed the danger posed by the recent rise in government bond yields in Europe, saying they reflect desirable outcomes such as a rise in inflation expectations and increased optimism about economic growth. Mr. Mersch said it isn’t the ECB’s job to set asset prices in financial markets.

Nowotny: Too Early to Reverse Course. It is too early for the ECB to reverse its current monetary policy of providing extra liquidity through low interest rates and purchasing bonds, said Ewald Nowotny a member of the central bank’s governing council. “It is something that we are definitely considering,” he said, speaking on a panel on financial market developments. “For the European region, it isn’t relevant yet,” he said. When the time comes to reverse the monetary policy, it will be important to do it carefully, as the U.S. Federal Reserve is proceeding with tapering, he said. – Dow Jones Newswires.

U.K. to Unveil Financial Market Reforms. The U.K. will unveil a suite of reforms Wednesday aimed at cleaning up British financial markets after a series of scandals. The yearlong Fair and Effective Markets Review—a joint effort between the Bank of England, the U.K. Treasury and Britain’s Financial Conduct Authority—will zero in on practices such as “front-running” and “last-look,” controversial strategies that can be used by traders in a way that can disadvantage their clients, according to participants in the consultation and the bodies’ initial review document.

China Inflation Eases Amid Weak Economy. China’s consumer inflation eased while factory prices sank in May under pressure from a slowing economy, renewing concerns about deflationary pressure in the world’s No. 2 economy. Analysts said the modest pressure on prices meant that authorities could continue efforts to bring down borrowing costs for the nation’s corporate sector amid weak domestic and global demand.

Global Regulators Propose Capital Rules for Interest-Rate Risk. The Basel Committee on Banking Supervision has proposed two options for how banks can set aside enough capital to better withstand shocks arising from changes in the level of interest rates. The first option would require the adoption of a mandatory global minimum capital requirement that banks in all jurisdictions should adopt. The second option, which would represent a toughening of the approach currently in place, is more discretionary and foresees capital provisions that would vary across different market conditions and risk-management practices and national jurisdictions.

Iceland Moves Closer to Unwinding Capital Controls. Hoping to reclaim a spot on the international financial scene, Iceland has announced plans to gradually lift restrictions on capital flows in the small North Atlantic nation.The move is part of a bid to shed the pariah status that resulted from the country’s financial-crisis meltdown without endangering a fragile economic recovery and a convalescing currency.

New Housing Headwinds Loom. Last decade’s housing crisis could give way to a new one in which many families lack the incomes or savings needed to buy homes, creating a surge of renters and a shortage of affordable housing. Urban Institute researchers predict that more than 3 in 4 new households this decade, and 7 of 8 in the next, will be formed by minorities. These new households—nearly half of which will be Hispanic—have lower incomes, less wealth and lower homeownership rates than the U.S. average. The upshot is that fewer than half of new households formed this decade and the next will own homes.