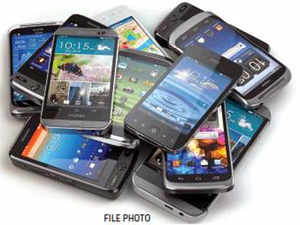 NEW DELHI: India appears to have already started to benefit from the USChina trade war. US telco major AT&T along with rivals T-Mobile and Sprint have placed smartphone orders worth around Rs 2,500 crore for under-$200 devices with Indian brands Lava and Micromax, in a bid to derisk their business as Sino-US trade tensions show no signs of abating, people familiar with the matter said.

The orders by the three telcos—a bulk of which are from AT&T-—marks the first time the US companies, which operate mainly on the handset bundling model and source devices from China, will use devices made by Indian manufacturers. The order offers some revenue relief to both Lava and Micromax as well, whose smartphone assembly plants are under-utilised with the combined share of Indian players having slumped to around 3%—from over a combined 40% at their peak mid-2015—in a market swamped by Chinese players such as Xiaomi, Oppo, and Vivo, besides Korea’s Samsung. “Lava is believed to have bagged book size of about Rs 2,000 crore and Micromax of about Rs 500 crore,” one of people told ET. “Officials from AT&T came and inspected the plants recently before confirming the orders,” the person added. Under the contract manufacturing clause, the devices are expected to be branded AT&T and that of the other mobile phone operators, another person said.

The 4G phones being sourced will be under the sub-$200 category which is about 25% of the global $460 billion smartphone market globally. By volume, this category comprises close to 66% of the two billion market.

The first person said that to start with, both Lava and Micromax are likely to assemble parts sourced from China. “But going ahead, both are expected to begin adding more and more value locally, possibly about 30% by the end of the year,” the person said.

None of the companies responded to emails and messages sent by ET.

The paper on July 4 reported that over 250 companies—American, Japanese, Taiwanese and Korean—are looking at relocating to India from China, in the middle of the growing trade tensions between the two partners. Also, a committee set up by the Prime Minister’s Office (PMO) under the Niti Aayog chairman is considering ways to promote electronic manufacturing by looking at ways to offer India as a manufacturing destination vis-à-vis countries like Vietnam.

“American companies are increasingly scouting for destinations outside China as they anticipate the trade war to get worse,” one of the persons said.

The development coincides with the trade talks between the world’s two largest trading partners deteriorating with the US slapping additional trade tariffs on $300 billion worth Chinese imports last week, calling the Chinese slow to move on trade talks.

The move could well breathe life into the two Indian handset makers, and show the way to other local players as well.

Navkender Singh, research director at IDC, said Indian brands have very few options on the table, which include venturing into other consumer electronics categories — washing machines or TVs — or work as the distribution arms of other device players. Micromax has recently signed a pact to distribute Huawei phones.

“This planned arrangement of manufacturing budget segment phones for other telco carriers can be seen as a positive move by the Indian brands, since this allows them to find some avenues of growth and help sustain the operations, in presence of the relentless aggression by China based brands, across price segments,” Singh said.