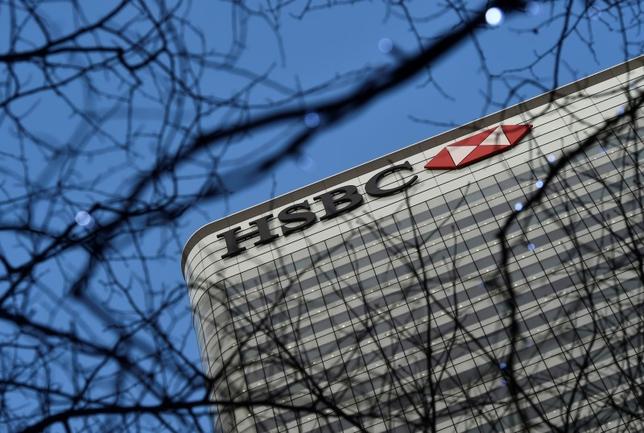 Having finally put to rest a 10-month long debate over where its home should be, HSBC now has to assure investors it has a long-term leadership plan, with Chairman Douglas Flint and Chief Executive Stuart Gulliver likely set to step down in the next two years.

While no firm date has been set for either man’s departure, Flint is expected to relinquish his post in the next year, while Gulliver said last Monday he will stay on until at least until the end of 2017 to complete a strategic plan set out last June.

HSBC is set to report annual results on Monday, with analysts braced for it to give a bleak outlook for revenue growth in 2016 against a difficult global market environment.

Europe’s biggest bank has previously said that, in a break from tradition, its next chairman will be an external candidate, possibly a non-executive director already on the lender’s board.

The identity of that chairman would determine whether the bank then looks immediately to replace Gulliver, sources said, with the bank’s chief seen by staff and investors as having played a difficult hand well since he took over in 2010.

“For Stuart it’s all about who comes in to be the next chairman, but I think the board want him to go on,” said a senior Hong Kong-based HSBC banker familiar with the board’s thinking.

If Gulliver does leave, most investors and HSBC insiders feel there is no obvious lead candidate to replace him – a common problem at large global banks where succession planning in recent years has seldom been smooth.

“As a matter of good governance, we always have succession plans in place for all senior executives, however we are not working to a specific timetable for either the chairman or chief executive succession,” a spokeswoman for HSBC said in an emailed statement.

Both Flint and Gulliver took their roles after a boardroom battle in 2010, which marked a departure from HSBC’s track record of orderly successions.

A third potential candidate, former commercial banking head Simon Cooper, took himself out of the running by leaving HSBC in December to become corporate and investment banking head at rival Standard Chartered.

A final option would be to hand the reins to finance director Iain Mackay, seen as a safe pair of hands but perhaps lacking Gulliver’s polish with investors, in an interim capacity while the bank launches a wider external search.

An external candidate might be more emboldened to take the radical steps that some investors believe is necessary for a dramatic improvement in HSBC’s share price.

“The board’s got big questions to answer; I mean, should HSBC split up? … You’re probably not going to get that decision from an insider who believes in continuity,” said Ali Miremadi, fund manager at THS Partners, which owns shares in HSBC.

Among possible external candidates, Lloyds Banking Group Chief Executive Antonio Horta-Osorio, tipped last year as a candidate for CEO at Standard Chartered, is seen as having the necessary experience.

Spokesmen at Lloyds and Standard Chartered declined to comment on behalf of Horta-Osorio and Cooper respectively.

Some investors said the 10-month review into whether HSBC should relocate had not harmed Gulliver, as the downsides of money spent on the process and the uncertainty it created had been more than offset by positive effects.

In particular, a decision by the British government to tone down its bank levy was seen by many analysts as a concession to keep the bank in Britain, though both sides have denied any direct link.

“He is certainly not damaged, he acted pretty professionally, and now it’s back to running the bank and getting it back in shape,” said Hugh Young, managing director in Singapore for Aberdeen Asset management, the bank’s sixth-largest shareholder.

Sources close to Gulliver and investors, however, said the executive had lately sounded weary regarding the duration of his tenure, during which he has grappled with a raft of regulatory issues and a battle to shrink the bank after the empire-building of the previous regime.

“Stuart said to me recently he feels he was born five years too early or too late,” one source close to Gulliver told Reuters. “He missed the glory years pre-crisis, and will probably leave before reaping the benefits of the overhaul he’s done.”