Skip to content
COMPANIES
June 17, 2015 Joy Mitra 0 Comments answer is partly that the collapse, blame for Greece's predicament, disagree is over what strings 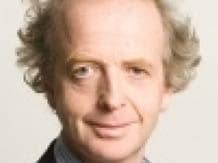 Athens has struggled to get its eurozone creditors to talk about debt relief. This is because it’s not urgent. But if the negotiators resolve the immediate crisis, which could lead to bankruptcy in a few weeks, debt relief should come onto the table.

Debt relief isn’t front and centre in the current talks because Greece’s borrowings have already been restructured once, in 2012.

The debt is still huge – euro 313 billion, or about $353 billion – 175 per cent of the Greek gross domestic product. But the bulk, about euro 184 billion, is now owed to eurozone governments and pays low interest. What is more, Greecedoesn’t have to start repaying it until 2020 and then has over 30 years to finish. The so-called present value of this debt, what it is worth today, is, therefore, much lower than its official face value.

Unfortunately, this isn’t the full story. Greece has four other sources of borrowing: euro 27 billion owed to the European Central Bank (ECB); euro 20 billion owed to the International Monetary Fund (IMF); debt owed to private investors; and short-term treasury bills. The private debt isn’t an immediate problem, because most of it has also been stretched out over a long period. Nor are the treasury bills, as Athens is still able to roll them over as they come due.

But the ECB and IMF debt is problematic because most of it comes due in the next five years. In fact, there is a crunch in the next few months, with over euro 10 billion in repayments due by the end of September.

The snag is that IMF and ECB debt cannot be rescheduled without breaching rules and treaties. This is why the focus of the current talks is about lending Greece more money, so that it can meet these obligations.
Both Greece and its creditors agree that this is the immediate need. Where they disagree is over what strings should be attached to the additional loans. That’s why there is now a serious risk of Greece’s going bust.

If that possibility is avoided, the issue of longer-term debt relief will come onto the table. Not only does Greece want it; the IMF thinks it is necessary to make the country’s debt sustainable.

The eurozone will also be under pressure to provide yet more loans to Athens because the money left in the current bailout programme won’t be sufficient to cover all the repayments due to the ECB and IMF. What is more, the country has other needs, such as paying overdue bills to suppliers, recapitalising Greek banks and repaying the loans it has forcibly extracted from local authorities within Greece.

Since the eurozone won’t agree to a write-down of its loans, the obvious solution is to give Athens an even longer holiday before it needs to start repaying this debt and to stretch out the period in which it has to finish doing so. The present value of the debt would shrink again.

Some observers complain that such a move would do nothing to cut the overall size of Greece’s debt. Although this wouldn’t matter if everybody were rational and focused on present value, it might still undermine confidence and so prevent a proper economic recovery.

This is where some financial engineering may be useful. The Greek government has proposed splitting most of the eurozone debt into two parts: one would carry a higher interest rate; the other wouldn’t pay interest at all. Athens then wants this “zero coupon” debt to be gradually written off.

While the eurozone won’t accept the write-off, the debt-splitting programme could be modified to make it workable. The key insight is that the zero-coupon debt will have a much lower present value than its face value. If Greece could find some organisations to take on this liability for a payment equivalent to its present value, it would cut substantially the face value of its debt.

Companies and infrastructure projects might be interested. They would be essentially receiving long-term loans, which they would repay in one chunk with all the interest rolled up. That’s the sort of financing Europe’s economy could do with, as it needs to bolster investment. The twist is that the companies or projects would receive the upfront cash from Greece but repay the loans to Athens’s creditors. These would have to agree to a change in the counterparty, but they wouldn’t have to write off any loans. Such a programme could square Greece’s demand for lower headline debt with the unwillingness of eurozone governments to acknowledge to their taxpayers that they had lost money on lending to Athens.

Some creditor countries will, of course, ask why they should offer yet more help to Greece. The answer is partly that the collapse of a country so close to home is not in their interest.

But it is also ethical. Other eurozone countries prevented Greece’s defaulting on its debts at the start of the crisis because they were afraid that doing so would bankrupt their own banks, which had lent Athens most of the money. They, therefore, bear some of the blame for Greece’s predicament and some of the responsibility for sorting it out.