Skip to content
COMPANIES
June 17, 2015 Joy Mitra 0 Comments Grantham Institute at LSE show that between, have made for 2020 and 2030, proposed "decarbonisation of the global economy 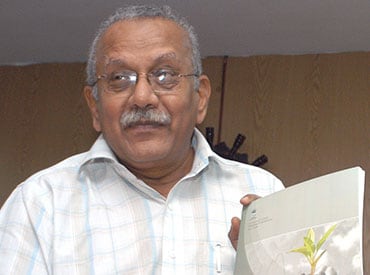 Moving from a record of extreme weather events to asserting that they are a symptom of climate change is necessarily a probabilistic exercise. A recent study by two Swiss researchers, published in Nature, looked at all heat and precipitation extremes (defined as events likely to occur once every 1,000 days) between 1901 and 2005 and ran climate models with and without the observed 0.85°C temperature increase. Their results showed that heat extremes are four to five times more likely with the observed global warming. They attribute 75 per cent of heat extremes and 18 per cent of precipitation extremes to observed global warming. These findings have been corroborated by more specific studies of the 2013 heat waves in Europe, Australia, China, Japan and South Korea.

What is scary is that the prospective temperature increase is much more than the observed 0.85°C. Risks increase more than proportionally as average temperature increases and will more than double if we have 2°C increase. Heaven help us if we end up with 3-4°C increase that is the current prospect. The case for urgent action to contain the risks that global warming poses to human well-being now rests not just on projections of what may happen several decades into the future but also on effects that are already evident.

Greenhouse gases come from many sources; but the most important source is the burning of fossil fuels. Hence the key to containing the damage lies in an energy transition away from these carbon emitting fuels to non-carbon sources.

The G-7 summit, which met in Germany on 7-8 June this year, proposed “decarbonisation of the global economy over the course of this century.” But besides this goal of zero carbon emission by 2100, the G-7 summit also came out in favour of the “upper end of the latest IPCC recommendation of 40 to 70 per cent reductions by 2050 compared to 2010”.
These long-term goals, when compared with the commitments the G-7 have made for 2020 and 2030, suggest an Augustinian climate ethic that we will be virtuous but not just as yet. But to be charitable, these goals may be useful as a signal to investors in fossil fuel industries that they may be stuck with stranded assets. Even here the more immediate impact will come more from decisions like the one the Norwegian sovereign wealth fund has taken to divest holdings in fossil fuel industries.

Recent trends in the world energy economy suggest that the energy transition towards renewables may well come through the normal operations of the market. The falling cost of solar and wind power combined with promising developments in storage techniques that address the episodic and unpredictable nature of power availability from these sources and in smart grid technologies can make renewables useable even for base load purposes.

But we cannot just wait for market forces to keep us to our long-term goals and containing global warming to 2°C or less. We need more immediate policy action to bend the energy sector away from fossil fuels. In India this is also desirable for other reasons like energy access, energy security and local air pollution control.

This will involve a major political battle. Recent calculations by the Carbon Tracker Initiative and the Grantham Institute at LSE show that between 60 and 80 per cent of coal, oil and gas reserves of publicly listed companies will have to remain underground if the world is to have a chance of not exceeding global warming of 2°C. These companies are not going to lie down and die. In fact they are continuing to invest in finding more reserves and they will use their formidable lobbying power to delay the inevitable.

The most telling commitment to the long term goals on carbon emissions would be concerted action by all countries to resist pressures from the fossil fuel industry and, as promised in the G-7 communique “incentivize investments towards low-carbon growth opportunities”, not just in the long-term as suggested in the G-7 communique but more immediately.

The meeting of the parties to the UN Climate Convention in Paris this December could provide a platform for a global commitment to incentivise the energy transition that we urgently need. India would be well placed to lead such a move as it has unveiled a hugely ambitious plan for promoting renewable energy. Goals on the share of non-carbon energy sources, S&T collaboration, ensuring trade rules do not stand in the way of domestic incentive structures, easier financing for renewable energy are some of the elements of such an agreement.

The Paris meeting will of course have to deal with the various emission pledges which will fall way short of what is required to get to the 2°C path. Given the centrality of energy costs and availability for economic stability and growth, no country will put forward a pledge that is much more ambitious than that of others. This is unavoidable in a cooperative game and will not be much affected if one were to follow William Nordhaus’s recent proposal of a climate club that will impose penalties on those who do not sign up. In fact our problem is that the most influential members of such a club will be the large emitters who are most reluctant to undertake strong measures to contain emissions.

Emission pledges, whether negotiated or unilateral, will always fall short of what is needed. Moreover a multilateral process of monitoring and review of the pledges will not stop countries from reneging on their pledges as the history of the Kyoto Protocol shows. What we really need from the Paris meeting is an agreement with explicit commitments for the concerted transformation of the global and national energy economies to a viable non-carbon path.