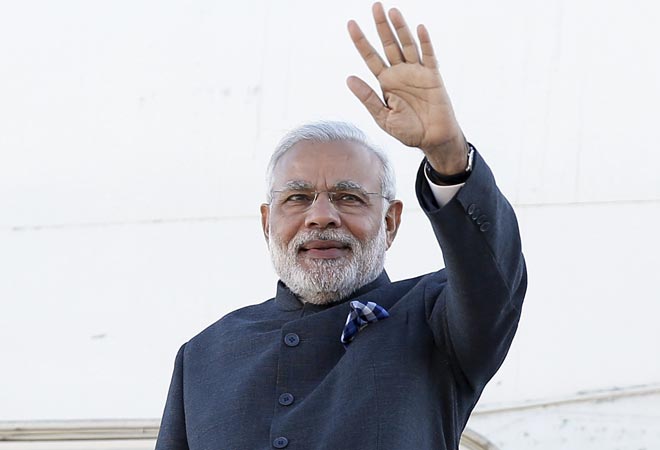 In a veiled dig at the erstwhile Congress-led UPA regime for scams, Prime Minister Narendra Modi on Sunday said the policy changes initiated by his government have led to India becoming the world’s fastest growing country.

“During the months of February, March and April (2014) the only news that came were scams… coal scam, submarine scam, scams on the air, water and land,” said PM Modi at a function where he dedicated to the nation the Rs 16,000-crore revamped and modernised IISCO Steel plant at industrial town of Burnpur in West Bengal’s Burdwan district.

“It has been a year of this new government, and today we don’t have news about the coal scam, rather about coal auction,” said Modi at the concluding engagement of his two-day maiden visit to the state since becoming the Prime Minister.

“We have news about the government exchequer getting Rs 3 lakh crore instead of the coal scam of Rs 1.74 lakh crore,” he added.

Modi said the government’s decision to auction coal has led to states getting richer and using the royalty money from the mines for the welfare of the people.

“Earlier, a leader would send a letter, saying give the coal mine to someone and without any procedures it was given. The government exchequer did not get a single penny. But we have shut that all and initiated auction.”

“We also decided that the money from the auctions will not go to Delhi but to that state’s coffers so that the government can initiate welfare of that state,” said Modi.

Modi said West Bengal, Jharkhand, Chhattisgarh and all the states having coal deposits were reaping benefits of the coal auction.

He said a foundation was set up from the mines royalty for the welfare of the states.

“Most of the coal and minerals are in tribal areas, while the minerals were extracted, the tribal remained bereft of welfare.”

“So, we have decided to set up a foundation from the money we get from the royalties of the mineral. That money will be used for welfare of the districts,” Modi said.

“The irony is we kept exporting iron ore and imported steel. The country cannot run if we export wheat and buy back bread from foreign countries. If we have iron ore, we will produce steel,” he asserted.

“We have endeavoured to develop skill of our people, value addition of our mineral resources and increase agricultural productivity by improving fertility and providing assistance to farmers.”

“A year ago, the entire world had written off India but now within a year the entire world, be it the IMF, the World Bank or the credit rating agencies, they are unanimously saying India is the fastest growing country in the world,” Modi added.