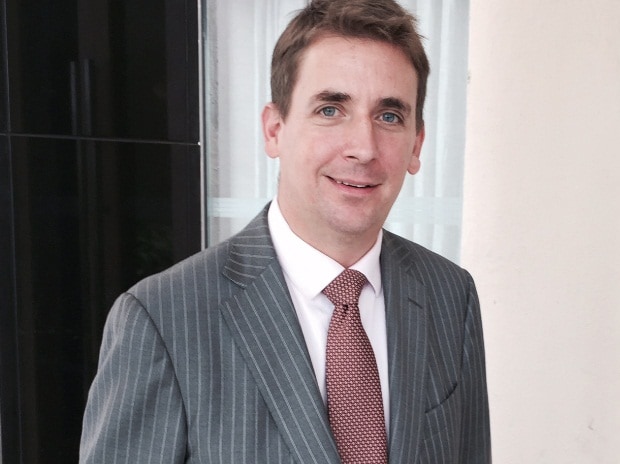 As Modi government is nearing its first anniversary in office. What is your assessment of NDA rule so far?
We have been never in business of sentiments, which is nice. We can focus on hard facts and hard reality. We are probably always a little downbeat when markets are positive and are upbeat when markets are particularly negative.

Personally, I feel in 365 days the new government has been incredibly successful. There have been big reforms like diesel price deregulation which along with lower crude oil prices have brought down the under recoveries. Thats a huge relief on fiscal situation and also for oil marketing companies. Secondly, some of the mining reforms and social reforms around subsidies through bank accounts have been in place.

This has translated into positive sentiment. However, it is very dangerous to have unrealistic expectations. The land acquisition bill, GST reforms are contentious issues and they cannot be executed over night. I think as long as reform agenda does not paralyse, which i dont think has happened, what we see at this stage is something which is natural and normal as long as it does not paralyse over longer term. We are very positive about the outlook over next 12 to 18 months.

Taking it forward the corporates are still not happy what they were looking was at achhe din? Do you see on the implementation side uncertainty and the taxation issues are roadblocks?
I think these issues will take time. Lot of reasons for some of the projects have slowed is also to do with the stability. Security of gas and these are going to take time. I think the coal auctions was huge step in the right direction. There were issues regarding the gas price. Ultimately these things will be addressed leading to clearances coming through. But these things do take time.

By the way when we speak to corporates we dont sense unhappiness. We see continued sense of optimism and positivity but at the same time lot of companies want to wait till more tangible improvements before they step up investments.

Coming to the coal auctions that you referred to there is a widespread belief that people have bid aggressively which might create difficulties for them in future. What is your assessment?
There is an element of that (aggressive bidding). We have seen same trend with telecom spectrum auction process. Ultimately it will depend on how markets will respond subsequently. It is certain given the history of stretched balance sheets of corporate India we are keeping an eye on it. I think if we see corporates leverage up without a clear path of getting clear returns from those investments then it would certianly be a negative.

The issue comes in course of discussion is of stalled projects. Going for revival and then for new projects? What according to you needs to be done by the government to restart the projects and put them on stream?
There needs to be investment stability, stability around policies and streamlining of decision making and better alignment between federal and state governments. The land acquisition bill play a role as well. Going forward it will affect the existing projects less and then the future projects but it is a major milestone in putting in place themore predictable environment for companies to make large scale capital investments.

It requires further look at the gas prices. The coal auction has brought stability and ultimately broke the monopoly of Coal India. All those things are positive but there are still lot many things that  need to be addressed.

The contentious issues that you are referring to, the policy uncertainty on the taxes is a major worry. How do you look at it?
There have been setbacks on tax front. The huge tax bills that have been placed on corporates, the MAT, retrospective tax demands. They were the huge setbacks. This is exactly the kind of the instability and unpredictability that has affected the FDI and affected the confidence in investments in India. So it is a matter of priority.

What is Moody’s projections of India’s economic growth prospects?
We are looking at a growth between 7-8% this year and pick up next year probably more closer to 8 in 16-17. That still makes India a fastest growing economy in G 20 countries. There may be upside to that as lot will depend on policy execution. 7 to 8% is achievable in the two years.

There is a sense that economic growth rate may be higher but that may not necessarily tanslate into pick up in demand for credit. Are there certain challenges there?
It depends on extent to which RBI continues with monetary easing and extent to which banks passed it on to customers.There has been reluctance so far on behalf on the banks to pass on the benefits. Therefore the transmission effect has been relatively minor. Ultimately there will be upside.

You spoke about the leverage. Have Indian corporates made efforts to get their house in order other than just a debt management?
Again there are certain superb Indian corporates who have already there house in order and there are others particularly first and second generation promoter driven companies that have over leveraged themselves and that needs to come down. All the trends that we are witnessing in big corporates is the focus on capital management, asset liability management, streamlining debt and ultimately bringing that down. We have seen this in case of Vedanta, Essar and Tatas.

In last 10 years many corporate houses had taken debt in pursuit of making overseas acquisition. Going forward we will see more prudent financial management and more focus on business in India.

We are going to see greater focus on capital investments in India as against overseas.

Moody’s has mentioned that they would like to expand the coverage of corporates more in India. What steps are you taking for it and what are the targets?
In India we have 25 publicly rated corporates and couple of others whom we rate on ongoing basis but ratings are private. In China, we have 181 rated corporates so there is no reason why should we have that gap. The funding requirements here are just as significant if not more than they are in China.

Ultimately, India needs to open up itself to foreign capital  flows moreso than it has done in past.I think it would be positive if some of the restrictions on external borrowings are relaxed to allow more companies to tap foreign currency markets. Because it will address lot many of funding requirements the companies have. It would also address some of the stress in the Indian banking system and ultimately lead to deeper and broader capital markets. Investors are interested in Indian paper. At present there is very little diversity of Indian paper available in the market.