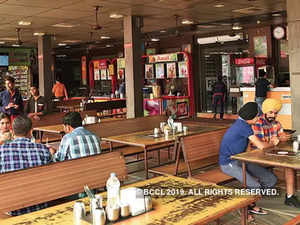 The hospitality industry has witnessed a spurt in the growth with the entry of domestic and international players with world class projects in the last two decades, according to Nitin Shanker Nagrale, founder and general secretary of HPMF. The nine-year old organisation has over 2600 members from India and neighbouring countries like Nepal, Bhutan, Sri Lanka, Bangladesh and UAE.

“The procurement in the hospitality industry accounts for 30% of the expenses and hence our role is very important in controlling cost,” said Nagarale, who was here for the three-day ninth annual convention of HPMF starting from Thursday.

“We are planning to encourage green initiatives and make-in-India campaign in the hospitality industry. Instead of getting Indian artefacts from China we can buy them from local makers to support the domestic industry,” Nagarale pointed out. HPMF is optimistic of a possible 10% savings in the industry by streamlining the procurement process.

Around 250 delegates are attending the annual convention, which showcases the cultural ethos of the city where it is held.