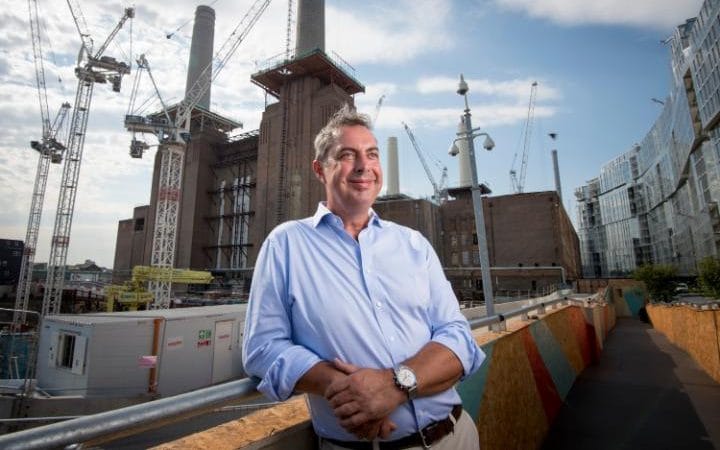 The mood at the Battersea Power Station Development Company – one of the largest, most complicated, expensive and politically-charged property projects in Europe – should be more celebratory. Last month, after two years and 25,000 wheelbarrows full of hand-poured cement, the last of the four chimneys built to replace the iconic but crumbling originals was topped out.

More importantly, but less visibly, most of the complicated work stripping out and preparing the Giles Gilbert Scott-designed red-brick building, in preparation for renovation, is nearly done. Rob Tincknell, the chief executive of the £9bn development on the south side of the Thames, believes that, on the construction side of things at least, they are over the biggest hump.

But just a few days after the first lick of paint was applied to the newly completed chimneys, Battersea Power Station, no stranger to controversy, found…