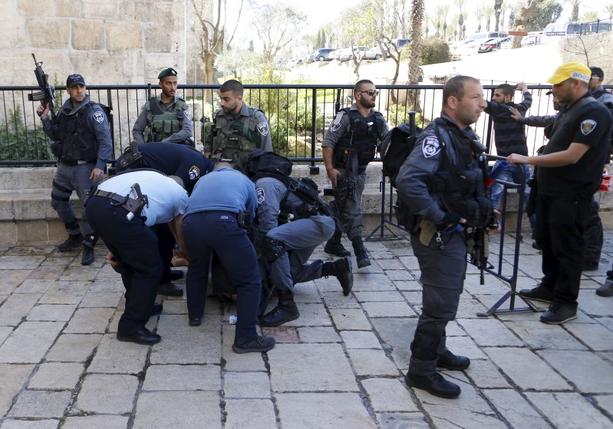 Israeli security forces shot dead three Palestinian assailants in separate incidents in Jerusalem and the occupied West Bank on Friday, police and the military said, as a wave of heightened violence persisted into its fifth month.

In Jerusalem, a Palestinian man stabbed two police officers outside the walled Old City before they opened fire and killed him, police said.

A few hours later, in the West Bank, a Palestinian man tried to ram his car into a group of Israeli soldiers who then shot him dead, the military said.

A third Palestinian man was killed by Israeli soldiers in a clash elsewhere in the West Bank, the Palestinian Health Ministry said. An Israeli military spokeswoman said he was armed with an automatic weapon and fired on the troops during a riot.

Since October, stabbings, shootings and car rammings by Palestinians have killed 28 Israelis and a U.S. citizen. Israeli security forces have killed at least 167 Palestinians, 110 of whom Israel says were assailants, while most others were shot dead during violent anti-Israeli protests.

The bloodshed has raised concern of wider escalation a decade after the last Palestinian uprising subsided.

Briefing the U.N. Security Council on Thursday, Nickolay Mladenov, the U.N. envoy on Israeli-Palestinian peacemaking, said he was concerned the bloodshed may be entering “a new troubling phase”.

Mladenov called on both Israeli and Palestinian leaders to provide “a political horizon to their people” and reject incitement by what he called radicals in their own camps.

Tensions have been stoked by various factors including a dispute over Jerusalem’s al-Aqsa mosque compound and the failure of several rounds of peace talks to secure the Palestinians an independent state in Israeli-occupied territory.

Palestinian leaders have said that with no breakthrough on the horizon, desperate youngsters see no future ahead. Israel says young Palestinians are being incited to violence by their leaders and by Islamist groups calling for Israel’s destruction.

Security officials have also pointed to economic hardship and social media as playing a role in triggering attacks. Many Palestinian attackers have been teenagers.

On Thursday two Palestinian 14-year-olds stabbed and killed an Israeli, who also had U.S. citizenship, in a supermarket in the West Bank before an armed civilian shot and wounded the teens.

“This horrific incident again underscores the need for all sides to reject violence, and urgently take steps to restore calm, reduce tensions, and bring an immediate end to the violence,” the U.S. State Department said.