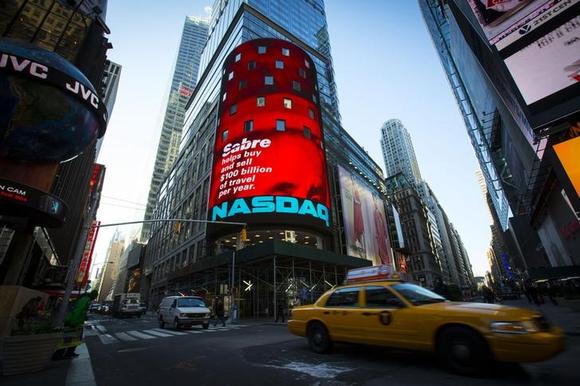 (Reuters) – As the technology-heavy Nasdaq Composite Index closes in on the all-time high it reached in March 2000, investors are facing a market that barely resembles the go-go era of 15 years ago.

Valuations, as measured by what investors are willing to pay for the last 12 months of earnings, are an eighth of what they were at the peak of the dot com bubble, when the Nasdaq hit an intraday record of 5,132 before falling more than 63 percent in 12 months.

Dividend investors, too, now routinely hold large positions in technology companies such as Microsoft, Cisco, and Oracle, a decision unthinkable in the growth-focused days of 2000 but now common thanks to mountains of corporate cash and changes in tax policy that have been favorable to dividends.

Should the Nasdaq set a new record soon, as many expect – the index remains about 4 percent below its highest point after gaining nearly 15 percent over the last 12 months – its catalyst won’t be irrational exuberance, fund managers and analysts say.

Instead, three key factors underpin the Nasdaq’s 125 percent rise over the last five years: the Federal Reserve’s ongoing policy of near-zero interest rates that has made equities more attractive than bonds; the maturation of technology companies; and the rise of Apple Inc, a company that didn’t appear among the largest 20 companies by market value in the index 15 years ago and now represents more than 10 percent of its weight.

The Fed’s policy of keeping short-term interest rates near zero is credited with pushing up the prices of stocks and real estate broadly over the last five years. Yet fund managers say that they see few signs of a bubble in technology stocks, at least for now.

“Because the Federal Reserve has waited so long to get rates back to normal, it’s almost set up to fuel a bubble,” said David Kelly, chief global strategist at J.P. Morgan Funds. “But my sense is that there’s still a nervousness about the U.S. equity market and it’s been keeping a lid on valuations getting out of hand.”

The pace of new initial public offerings has slowed considerably from the 630 tech IPOs that came to market between 1999 and 2000, leading to less speculation overall. By comparison, 299 companies overall went public between the start of 2014 and the year to date, according to Renaissance Capital. Technology companies make up 43 percent of the Nasdaq.

Back then, companies routinely went public with little more than a concept. Now, companies such as Uber, the popular ride-hailing service, have seen their valuations top $40 billion in the private markets, in part because mutual fund firms are more willing to take stakes in early-stage companies.

Facebook Inc, for instance, reached a valuation of $50 billion while still private, thanks in part to investments by fund companies such as T. Rowe Price, according to date from VentureSource. On an inflation-adjusted basis, that was larger than the market value of all but 14 companies in the Nasdaq at its record on March 10, 2000, according to data from Nasdaq OMX Group.

“Companies are staying private longer to develop their businesses so that when they go public they have a better chance of success out of the gate,” said Michael Cuggino, portfolio manager of the Permanent Portfolio Aggressive Growth Fund.

Even if there isn’t a bubble now, investors face other concerns. Chief among them: some of the largest companies in the Nasdaq are showing their age, a worry that they didn’t have 15 years ago.

“What you’re seeing with companies like Cisco and Qualcomm is that they have evolved to a point in their life cycle where it’s very tough to show a lot of growth. That’s the huge challenge now,” said Skip Aylesworth, the portfolio manager of the Hennessy Technology Fund.

Cisco said in August it would cut 6,000 jobs, at least the third workforce reduction in about as many years for a company once synonymous with the Internet boom, but which has lately struggled to sustain growth. Semiconductor maker Qualcomm has branched into markets such as medical equipment and solar panels in recent years in order to increase its growth rate.

Investors’ long memories of getting burned in the last crash has weighed on the Nasdaq, which has yet to surpass its previous highs even as the broader Standard & Poor’s 500 index and Dow Jones Industrial Average have repeatedly topped new peaks over the last year, fund managers say.

The rally in the shares of Apple – which has jumped nearly 68 percent over the last 12 months, including a 16.7 percent gain for the year to date – is likely to push the Nasdaq to new records, fund managers say.

“You have the largest company in the world continuing to grow at above-market rates, which is incredible,” said Aylesworth, the Hennessy manager.

Apple represented slightly over 10 percent of the Nasdaq’s market value as of Wednesday’s close. At its record high in 2000, Apple made up less than 0.2 percent of the index. At the time, company co-founder Steve Jobs was just three years into his second go-round as its chief executive, and the company was still a year away from introducing the iPod digital music player.

Despite its growth rates, Apple still trades at a trailing price to earnings ratio of 17.3, in line with the broad S&P 500 index, and pays a dividend yield of 1.4 percent.

Apple’s outsized presence in the Nasdaq – along with that of Google Inc, a company that was still private 15 years ago and now constitutes about 4 percent of the index – is one sign that the technology sector has matured, said Phil Orlando, chief equity market strategist at Federated Investors.

“It’s taken fifteen years for the Nasdaq to grow into something rational,” he said.