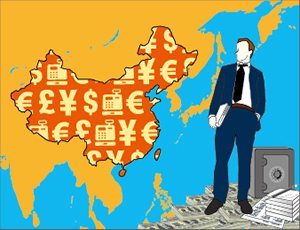 For foreign invested enterprises (FIEs) looking to enter the Chinese market, a thorough understanding of China’s currency controls is crucial. Unlike most developed economies, China does not allow for unrestricted cross border currency transfers,  or foreign currency conversion into RMB. Though China’s State Administration of Foreign Exchange (SAFE) has recently expanded companies’ ability to convert and transfer currency, one needs to keep in mind that reforms in China are often on trial basis, and may be reversed if the results are not to the government’s liking.

Capital account conversion of foreign currency into RMB has recently been expanded by SAFE’s Circular 19, which came into effect June 1st, 2015. Currently, FIEs are allowed to convert up to 100 percent of foreign currency in their capital account into RMB at their own discretion. FIEs looking to convert currency are no longer required to turn to SAFE for approval or registration in order for the action to occur. Instead, FIEs must consult local SAFE approved banks to adhere to proper currency conversion protocol. These banks will handle the registration procedure, where previously foreign companies would have to report the transaction to SAFE themselves.

SAFE still regulated the percentage of foreign currency a company may have as part of its capital account. These fluctuate according to China’s Balance of Payments. Balance of Payments refers to transactions between the entities and individuals of two countries. SAFE maintains the right to decrease the percentage of permitted foreign currency conversion in order to keep China’s balance positive. This means that currency controls are still there, but they intervene far less with a foreign investor’s day to day operations.

It is also important to note that conversion to RMB currency in capital accounts remains strictly prohibited by SAFE for the following six usages:

Although Circular 19 greatly reduces the time required for companies to convert currency, investors are well-advised to stay informed about SAFE approved bank currency conversion requirements and SAFE conversion percentage regulations. Violation of SAFE or bank policy can lead to fines or FIE license suspension or revocation.

Current accounts have a history of relatively lenient regulation by SAFE and are much simpler for FIEs to navigate than capital accounts.

RMB conversion of foreign currency in current accounts is not monitored by SAFE and may occur at any certified bank. In terms of cross-border transactions, China’s Regulations of the People’s Republic of China on Foreign Exchange Administration lifted government restrictions in 2008.

Similarly to capital account violations, failure of FIEs to convert and transport current account funds with proper banks can lead a FIE to serious legal and financial ramifications. Minor infractions can be fined at up to 30 percent of the funds involved and serious violations may lead to fines of up to 100 percent of the transaction in question.

In addition to expansion of capital account currency conversion capabilities, Circular 19 has increased general financial freedom of FIEs in China. Firstly, the maximum monthly reserve fund amount has been doubled from 50,000 USD to 100,000 USD. FIEs are now no longer necessarily required to provide documentation to certify the authenticity of reserve funds to local banks (this remains at the banks’ discretion).

However, Circular 19 does not allow for FIEs that do not have investment as their primary purpose to also directly settle foreign exchange capital and transfer funds to domestic equity enterprises. Non-investment FIEs must wait for the domestic equity enterprise to first open a separate Pending account, to which the FIE funds may be transferred. Circular 19 currently remains ambiguous as to whether non-investment FIEs are permitted to broaden their objectives to include investment in order to also directly enter China’s equity investment market.

The relaxation of SAFE’s currency control restrictions on capital accounts greatly increases RMB conversion and transportation efficiency. However, the experimental nature of Chinese reforms means that the risk of (temporary) reversal lingers at all times.