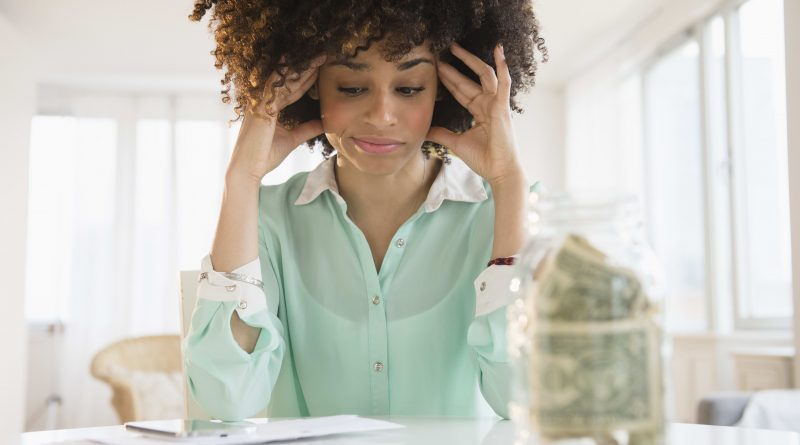 The vast majority of employers think workers are struggling to manage their personal finances. And while bosses are doing more to help alleviate their financial struggles, companies are still falling short.

Nearly 8 in 10 employers offering a workplace retirement plan such as a 401(k) think their employees are hurting financially, according to a recent survey by insurance company MassMutual.

“It’s a bit of an epidemic,” said Una Morabito, the head of client management at MassMutual. “Employees are struggling with financial wellness.”

The findings come at a time when workers are assuming more individual responsibility over several areas of their financial life, such as saving for retirement and health-care costs, that employers might have helped with more in the past.

Many companies have shuttered their pension plans over the past few decades in favor of 401(k) plans, while also shifting to high-deductible health plans paired with health savings accounts, which allow employees to save for medical bills. Fidelity Investments estimates a 65-year-old couple retiring this year will need $285,000 to cover out-of-pocket medical costs in retirement.

Americans have had to grapple with these changes amid a steady increase in average life expectancy. That means they have to stretch retirement savings over a longer period of time and increases the likelihood they’ll need to pay for costly services associated with old age, such as nursing-home care.

Employers believe their workers are primarily struggling with credit card and other consumer debt, housing costs and the inability to save for emergencies, according to the MassMutual survey. Medical costs, childcare expenses and difficulty in saving for retirement rank closely behind.

A large portion (35%) of those with credit cards made only the minimum payment on their debt during some of the months over the past year, a practice that inflates borrowing costs, according to the 2018 National Financial Capability Study, published every three years by the FINRA Investor Education Foundation. Nearly 10% of homeowners owe more on their mortgage than its current market value, according to the report.

Further, almost half of Americans don’t have a rainy day fund to cover expenses for three months in the event of sickness job loss or an economic downturn. A quarter of Americans have medical bills that are past due.

It appears more employers are trying to help reduce their workers’ financial anxiety.

According to a Bank of America report, 53% of firms now offer a workplace financial wellness program, more than twice the number from four years ago. The programs, introduced as employers come to realize financial stress negatively impacts productivity, take a variety of forms, including online financial tools to help with budgeting and debt management to advice from financial planners.

However, employers have more to do. Seven in 10 believe their employees face issues that aren’t addressed by their current benefits offerings. Those primarily include the cost of living, debt and lack of savings for retirement and emergencies.

Employees can improve their situation by taking stock of where they lie on the spectrum of financial wellness, according to Morabito.

“Put an action plan together for yourself to get on the road to financial wellness,” she said. “A lot of employees don’t even understand what’s available to them in the workplace.”

Greenwald & Associates conducted the survey for MassMutual. It polled 863 employers sponsoring workplace retirement plans, each of which had between $1 million and $75 million in total assets.