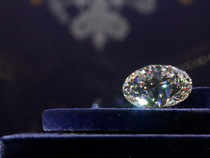 There has been little good news this year. An oversupply of rough diamonds, a surfeit of polished stone stocks and falling prices have piled pressure on both the companies that dig them up and the lesser known businesses that cut, polish and trade them.

“The diamond market has had a torrid year,” Ben Davis, an analyst at Liberum, said in a report on Monday. “While there is some optimism emerging from expected mine supply cuts and an end to the destocking in the midstream that should help lift rough diamond prices, the next six months are still likely to be difficult for the industry.”

The diamond midstream, the industry’s link between African mines and jewelry stores in New York, London and Hong Kong, is being squeezed like rarely before. With too much supply and banks tightening their financing, many traders are unprofitable. They’ve also been left holding a lot of inventory that’s been falling in value and taking longer to clear than many expected.

The impact on rough diamond pricing has been felt across the industry. Smaller miners, such as Gem Diamonds Ltd., Lucara Diamond Corp. and Petra Diamonds Ltd., have fallen to the lowest valuations in years, while dominant producer De Beers has been forced to react.

De Beers has been offering more flexibility to its customers, allowing them to reject some rough diamonds, and last month it cut prices across the board by about 5%. The company has also been throwing more money at advertising to drive consumer demand.

“Destocking of inventory will only end with sustained midstream margin improvement from rising polished prices,” he said. “But end-use jewelry demand remains bleak in key growth markets and synthetic diamond exports from India are exploding.”