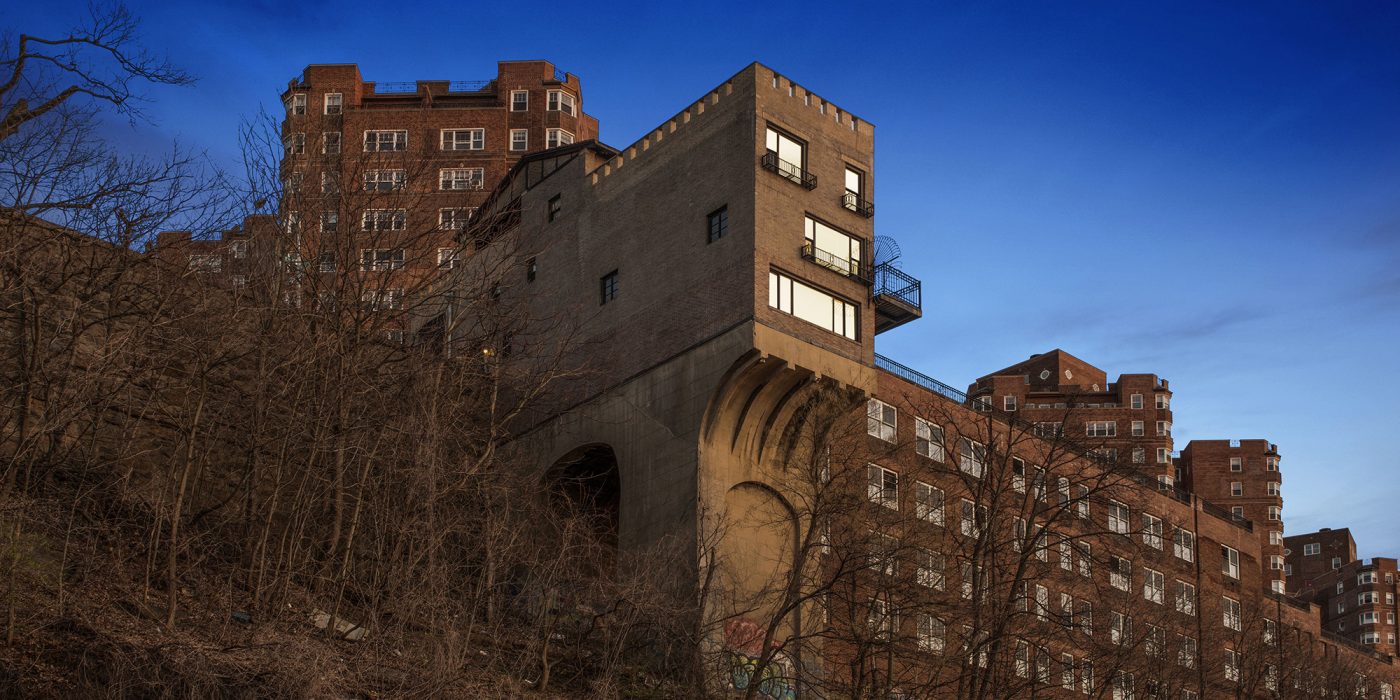 A New York mansion built into a steep cliff with stunning views of the Hudson River has hit the market for $US5.25 million.

The three-storey family home was built between 1923 and 1925. Locals call it the Pumpkin House as the windows on the facade resemble a Jack O’Lantern.

The Chittenden Avenue property offers stunning view of the Manhattan skyline and the George Washington Bridge.

In 1927, Walcutt was forced to relinquish the property due to foreclosure and his son had “no love” for the unique home his father built.

“He shouldn’t have built that house,” Cleveland Walcutt Jr said.

The George Washington Bridge, which can be seen from the terrace, only opened in 1931 and in the 1930s the Castle Village apartment complex was built around the house.

The property has changed hands several times since the late 1920s and was last listed for sale with a $US3.9 million price tag in 2010.

This undated photograph shows how the mansion was built into a cliff. Picture: New York Public Library Digital Collections

The house is split into two, with the main home on the first and second floors featuring five bedrooms, two bathrooms, a dining room, a library, a living room, a kitchen, a balcony and roof terrace.

The living room which leads onto one of the terraces features large windows as well as wood panelling and a marble mantelpiece.

The current owner rented out the lower floor as a separate apartment and it has a small terrace, a kitchen, a bathroom, a bedroom and a living room.

The property has a two-car garage and a garden.

The new owner could wake up to this view. Picture: Simone Song Properties

The Hudson Heights house sits at the highest point in the borough and is perched some 250 metres above the Henry Hudson Parkway.

The 323sqm house is currently on the market through Simone Song Properties with an asking price of $US5,250,000.