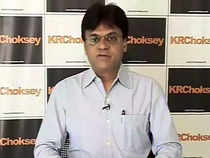 So far we have seen some quality numbers. What has stood for you from the tech pack in terms of commentary as well as guidance? Also, what would you be avoiding within this sector?
Both InfosysNSE 0.38 % and TCS commentary gave us a few things. They say digital is the way to go and probably the higher the rate of growth in this area means both these companies would have the possibility of surprising on the upside as far as the numbers are concerned. Fortunately this is one space where both these companies have given a very positive indication. Infosys in particular appears to be having some more aces up their sleeves, wherein they are likely to see larger contracts coming in. As a result, the revenue visibility is probably better than what it was envisaged before. In a way, one can say and argue that including Asia Pacific, these companies have relatively higher amount of business to talk about.

Other than that, many other companies are yet to come out with results but we will have to wait and see. Some of the niche midcap IT companies could possibly have relatively better performance to talk about though on a smaller scale, but the margins could be slightly better off compared to the larger companies going forward.

We will have to wait and see. The corporate banks in particular show relative strength as far as their earnings outlook is concerned. They have been taking advantage of the situation in which some of the weaker NBFCs and weaker PSU banks who could not conduct the business properly, have been taking that advantage and they should be showing relatively better performance to begin with.

Otherwise, the victimised sectors like autos and real estate and tele-communication are likely to be on the weaker side as expected at this point of time. Overall, the earnings season has begun with a steady note under some of the leaders who have started performing.

What about some of the steel names? We have got differing reports coming in. Some are expecting majors like Tata Steel to come up with some negative surprises; others are saying perhaps we will continue to see recovery on the pricing front and more hikes as we go forward.
The steel and aluminium spaces are high on potential and probably because they are undergoing expansion in the country, they could be driven by larger amount of volume at the same time.

However, the bigger challenge remains on the price outlook. Least we speak about, the better it would be. On one side, the input price is increasing along with the price of iron ore and on the other side, there is not enough certainty on the price outlook of steel as a commodity, because in the rest of the pack, you would find that the challenges are continuing with respective countries. Even a country like China has problems of lower growth and trade barriers. The outlook on the commodity is most unpredictable in my view.

If you want to consider an India specific outlook, I am confident there will be demand growth but I am not too sure how exactly it would impact on price and profitability. This is one area which is keeping me off as far as buying into the commodity space per se. If I must buy, it would be better to concentrate on white metal which is aluminium and zinc.