Skip to content
COMPANIES
June 16, 2015 Joy Mitra 0 Comments assets of Sistema Shyam TeleServices Ltd, told Reuters that he was in talks, while the right to use spectrum 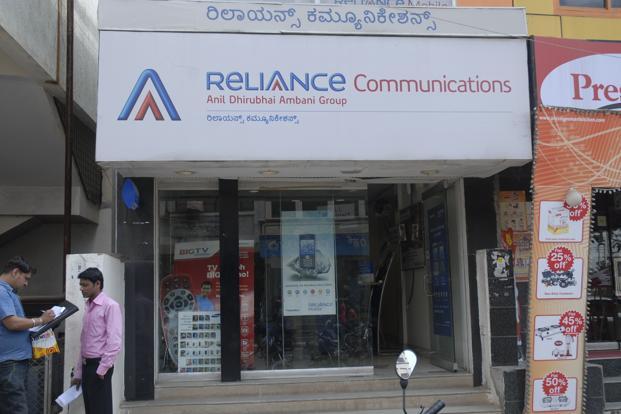 Mumbai: Reliance Communications Ltd (R-Com), a part of Anil Ambani’sReliance Group, said on Monday that it is in talks to acquire the assets of Sistema Shyam TeleServices Ltd (SSTL) in an all-stock deal which, if it takes place, could mark the start of long-awaited consolidation in India’s telecom sector.
R-Com is likely to allocate around 7-9% of its share capital in exchange for all the assets of SSTL should an agreement be reached, executives familiar with knowledge of the discussions said on condition of anonymity.
RCom will not, however, take on the debt of SSTL, which is around Rs.3,800 crore, according to the executives.
SSTL, the Indian unit of Russia’s AFK Sistema, runs the MTS brand of wireless communications services. A combination of SSTL and R-Com would create a telecom carrier with almost 118 million subscribers. SSTL has nearly 10 million subscribers.
The discussions are indicative and non-binding in nature, and remain subject to due diligence, definitive documentation and approvals as may be necessary, R-Com said in a statement to the BSE. “There is no certainty that any transaction will result,” R-Com said.
“SSTL concurs with the statement released by R-Com,” said an SSTL spokesperson.
India’s telecoms sector has been ripe for consolidation, but deals have been elusive, partly due to government rules on mergers, which require acquiring companies to pay the government market value for the target’s airwaves not bought in auctions.
For R-Com, the deal would give access to Sistema’s airwaves in nine circles, or zones, without a significant payout as most of its airwaves were bought in competitive auctions.
As of 31 March, R-Com had debt of Rs.31,943 crore.
Some analysts say that R-Com may have to pay more for SSTL’s assets.
“If you look at the current value of the spectrum held by SSTL, it comes to around Rs.7,500 crore. The current market cap of R-Com is around Rs.15,000-17,000 crore. That means SSTL can make up as much as a third of the merged entity’s valuation of around Rs.22,500 crore. While 33% is a bit high, R-Com could end up parting with as much as 25% (of its shares),” a Mumbai-based telecom analyst with a multinational brokerage said. He did not want to be named.
“The fact is that the industry was expecting them (SSTL) to exit the India market and write off the money spent so far. This can be seen by the fact that they did not participate in the last two auctions (in February 2014 and 2015) and have been making losses since the beginning. They could be persuaded to take just 10% stake in R-Com, but I expect it to be higher,” he added.
“Just a year ago, R-Com’s market cap was as much as Rs.40,000 crore. The stake that SSTL shareholders get in the swap could be valued at those levels,” another Mumbai-based telecom analyst said, in response to speculation about deal size. SSTL has so far invested around $3.6 billion in its India operations.
On 15 May, Sistema’s owner, Russian billionaire Vladimir Yevtushenkov, told Reuters that he was in talks with R-Com about a joint venture in India but ruled out an outright sale of SSTL.
Sistema currently holds around 56.68% stake in SSTL, 17.14% is held by the Russian government, 23.98% is held by the Shyam Group and the remaining 2.2% is held by minority shareholders.
An acquisition would help R-Com future-proof around half its telecom circles where its licences are expiring in the coming years. The company will see spectrum in the West Bengal circle expire towards 2017, while the right to use spectrum in the remaining 21 circles will come to an end towards 2022-23.
SSTL acquired spectrum in eight telecom circles in the 2013 auction. These circles are: Delhi NCR, Kolkata, Gujarat, Karnataka, Tamil Nadu, Kerala, Uttar Pradesh (West) and West Bengal. The right to use spectrum acquired in these circles expires only in 2033. R-Com acquired spectrum in Assam and the Northeast in the February auction, the right over which will expire in 2035.
R-Com is also likely get a significant injection to its balance sheet from the merger. According to a Mumbai-based telecom analyst, more than half of SSTL’s around Rs.2,000 crore revenue comes from data.
After the merger, once the companies complete the combination of their assets, R-Com could see as much as 40-45% of the SSTL revenues go directly into net profits, since it already has an existing telecom, sales and distribution network established across the relevant geographies.
R-Com ended fiscal 2015 with revenue of Rs.21,423 crore, and a net profit ofRs.620 crore. Unlisted SSTL ended calendar year 2014 with revenues ofRs.1,347.2 crore. The company did not make public its net profit numbers.
Some analysts saw the move as another way for R-Com to prepare for rapid growth in wireless data services and the entry of Reliance Jio Infocomm Ltd, a part of Reliance Industries Ltd, controlled by Anil Ambani’s elder brother Mukesh Ambani.
“Organic market share growth for leading players since 2008 is translating into market concentration in favour of top players. While Reliance Jio is expected to target the top market players, telcos with marginal market share are likely to face the biggest brunt of Reliance Jio’s entry,” said Alok Shende, founder-director and principal analyst, Ascentius Consulting.
“This (move towards a) merger is a pre-emptive move to avoid the unintended consequences of the rollout of fourth-generation wireless technology by Reliance Industries,” Shende said.
[“source – livemint.com”]