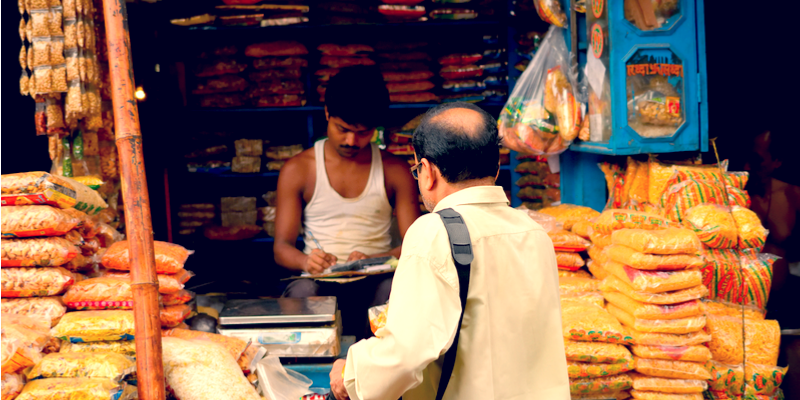 As economic slowdown continues to hurt sales, the Indian retail industry expects to bounce back in the second half of 2020 on the back of consumer demand revival and increased spending.

While major players struggled to keep themselves on the growth chart in 2019, they expect a decent double-digit growth coming back in 2020.

But sectoral experts are cautious, saying it would depend on various factors like recovery of manufacturing and other sectors, incentives in the Union Budget, and availability of money in the hands of consumers to make purchasing decisions.

“We are hopeful that consumer sentiments will turn positive as the year 2020 rolls out. The second half of 2020 could see a pickup in demand and growth,” Rakesh Biyani, Future Retail’s Joint Managing Director, said.

Though the economic slowdown started in high-ticket segments like real estate, auto, and consumer durables due to the credit squeeze triggered by the NBFC crisis, it has now spread to other sectors such as retail, as the consumption basket shrank.

According to Debashish Mukherjee, Partner and Regional Lead – Consumer and Retail, Middle East and Africa at A T Kearney, in 2019 the sector had challenges in terms of lower growth.

“People expect growth to come back in 2020. However, it depends on (how) consumer sentiments improve and the consumer has to feel richer than they are. It is not that there is zero growth but, the growth is not that exciting to make that kind of purchasing decision, which they use to. In some way, more money has to come into the hands of people,” he said.

He also noted that there is stress in the system due to lack of funds, and that is a reality.

EY Partner and National Leader – Consumer Products and Retail, Pinakiranjan Mishra said revival would depend on the coming Union Budget also. “If the Budget is pro-consumption and has measures so that additional cash is available in the hands of people, it would increase consumption,” he said.

The consuming class has either downgraded or become careful in spending. These things are now behind us. There was a bit of negativity and hopefully, it would not exist next year, he added.

Mishra also said this would also be helped by the initiatives taken by the government such as increased spending on infrastructure projects and corporate tax breaks.

Expressing similar views, Retailers Association of India (RAI) CEO, Kumar Rajagopalan said the coming year would have lots of hopes but would also have many challenges as well.

“It would take at least another six months for the economy to showcase itself in the full bloom, and (it) may not be very easy,” Kumar said, adding that it would also depend on the government’s support which includes ease of doing business across sectors, which may have an impact on retail as well.

V Mart Retail CMD, Lalit Agarwal said though the ‘animal spirits’ were missing in 2019 in the market, compared to the last two years, however, the organised retail would bounce back as it is a cyclical slowdown in consumption.

“We believe that the consumption slowdown, which is a reflection of weaker consumer sentiments, dampened the demand. The impact of this was felt across our key markets” Agarwal said.

“However, the organised retail sector in India has been through the ups and downs of many business and economic cycles over the last decade, and, each time, come out stronger and better. This time too will be no exception,” he said.

According to Mishra, 2019 was a mixed year for the retail industry. Some retailers in the value segment have reported good growth.

Rajagopalan said that growth in 2019 was not very good and it was not a very great year for retail. Formal retailers have shown growth but, it is not dramatically a double-digit growth, he added.

METRO Cash and Carry India CEO and MD, Arvind Mediratta said 2019 was a good year for the small kirana (grocery) shops and retailers and they competed with big retailing houses.

“For Indian retail, 2019 was an exciting year, especially for the Kirana shop owners. We saw them effectively compete with supermarkets and large format retail chains and the heavily funded ecommerce businesses now.

“Amid stiff competition, the local kiranas proved extremely durable and evergreen due to various factors such as intimate knowledge of the local consumer, region-specific assortment, convenience of home delivery, credit facility, etc.,” he said.

However, Mediratta suggested that small kirana shops can further consolidate their position in the retail value chain with the right support in the coming year.

“The changes in GST during the year have been a great boost, especially for small businesses, as the retailer below Rs 40 lakh turnover is no longer required to pay GST. As a champion of independent businesses, we continue to work with the kiranas to digitise and modernise their shops which improved their monetisation by up to 30 percent,” he added.

According to CARE Ratings, the Indian retail industry accounts for about 10 per cent of the country’s Gross Domestic Product (GDP) and around 8 percent of the employment and was valued at $792 billion as of 2018.

India is the fourth-largest global destination in the retail space after the US, China, and Japan.

The industry has witnessed CAGR (compound annual growth rate) of over 10 percent during 2013-18, close to double the growth witnessed during the 2008-13 period.

CARE expects the retail industry to register a growth rate of about 12-14 percent over the next three years, and reach about $1,150 billion by 2021.