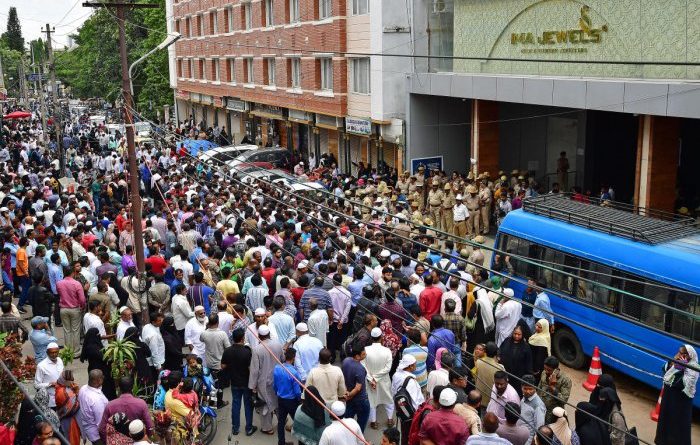 The premises of two income-tax officers in Bengaluru were among eight places that the CBI searched in connection with the multi-crore IMA scam, officials said on Monday.

The officers are suspected to have favoured IMA founder Mohammed Mansoor Khan and turned “a blind eye” to his questionable transactions, they said. Five places were searched in Bengaluru and one each in Karwar, Salem and Hosur.

Nayak and Kumar had searched the IMA offices and assessed its accounts in 2017, but they allegedly did not take action on irregularities in the deduction of TDS on the interest paid by the company and ignored huge cash payment entries in the account books, officials said.

The CBI also found that the accounts of IMA that were frozen after income-tax searches in 2017 were subsequently defrozen. The agency suspects that Khan paid huge bribes to the income-tax officers for the alleged omission.

The CBI probe shows that various entities of the IMA Group had raised illegal and unauthorised deposits to the tune of over Rs 4,000 crore from innocent investors in a dishonest and fraudulent manner, sources said. As on date, over Rs 3,000 crore is outstanding in the form of principal amount and interest in respect of 76,000 investors, they added.

Further investigation is ongoing to unearth the larger conspiracy, the money trail, the end beneficiaries and the diversion of funds, the sources explained.

The CBI has filed two charge sheets against 22 people, including directors, chartered accountants, middlemen and the company and its sister concerns.

The CBI had booked Khan, the IMA founder and managing director, and others after the Karnataka government tasked it with the investigation, the officials said.

The case came to light when Khan fled to Dubai in early June, leaving behind an audio message, saying that he was committing suicide because of “corruption in the state and central governments”. Khan was arrested on July 19 upon his arrival in New Delhi by the Enforcement Directorate (ED) and is currently in judicial custody.

He had allegedly promised returns ranging from 2.5% to 3% per month to the mainly Muslim investors in the name of Halal investments. The Karnataka government had constituted a special investigation team (SIT) of the police to investigate the scam before handing it over to the CBI.