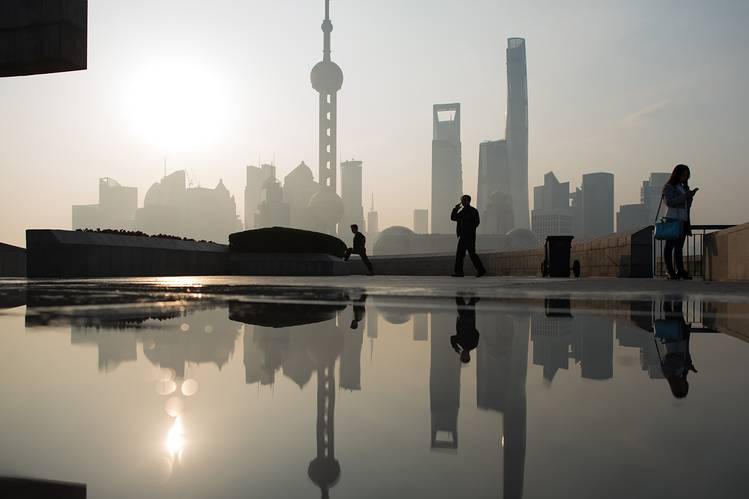 The Shanghai Stock Exchange is on track to inaugurate a new market for small, innovative companies as soon as this year, which will challenge the wildly successful Nasdaq-style startup board in Shenzhen, people familiar with the matter said.

Called the Strategic Emerging Industries Board, the new market will host companies in sectors favored by Beijing for building an innovation-driven economy, including computer science, information technology, renewable energy and bioscience, the people said.

The plan has received the blessing of China’s securities regulator and could be in place by the end of this year, setting up a direct challenge to Shanghai’s smaller rival, the Shenzhen Stock Exchange, and its ChiNext market, which is up 126% in 2015. “The new board in Shanghai will certainly pose a threat to ChiNext,” said one of the people.

The exchange would launch after China formally switches its approval system for initial public offerings to allow corporate leaders and market conditions, rather than regulators, to determine the size and timing of IPOs. China’s National People’s Congress is widely expected to approve the changes to the Securities Act in October.

The new regulations would be in line with President Xi Jinping’s pledge to let market forces, instead of the state, play a more decisive role in the world’s second-largest economy.

The new stock market fits with China’s long-standing effort to channel money to promising technologies. On Tuesday, China unveiled an ambitious plan, titled “Made in China 2025,” to enhance the competitiveness of its manufacturing sector by encouraging innovation and raising efficiency in an effort to boost economic growth.

The Shanghai exchange, which mainly hosts large state-run firms, has been planning the new board for several years to win back investors who fled the market during its multiyear slump, which ended last year, the people said.

While Shanghai suffered, the Shenzhen exchange powered ahead. The ChiNext index gained 83% in 2013, a year when the Shanghai Composite lost nearly 7%. Shanghai rallied last year to gain 53%, outpacing ChiNext’s 13%. But this year ChiNext has surged into the lead again, up 126%, compared with Shanghai’s 37%.

To attract companies to list on the new board, the Shanghai exchange is considering more relaxed criteria, such as waiving requirements on revenue if the listing aspirant’s projected market capitalization is no less than six billion yuan ($967 million), one of the people said. Smaller companies would be required to meet certain revenue standards, the person said.

Contrary to current rules, the new board would also allow listing candidates that are still unprofitable, he added.

The Shanghai Stock Exchange didn’t immediately respond to a request for comment. An official at the China Securities Regulatory Commission declined to comment.

Rivalry among China’s different regions and municipalities, especially between Shanghai and Shenzhen, has intensified in recent years as Beijing sought to experiment with reforms aimed at modernizing trade practices and liberalizing a rigid financial sector.

The Shanghai bourse, which remains much bigger than Shenzhen’s main board and ChiNext combined, received a major boost in November when China launched theShanghai-Hong Kong Stock Connect link, a program that gives international investors unprecedented access to Shanghai-listed shares. However, a similar Shenzhen-Hong Kong link is widely expected to be in place later this year.

In addition to the ChiNext board that was established in October 2009, Shenzhen also carved out a 15-square-kilometer neighboring area called the Qianhai region in 2010 as a testing ground for freer currency movements and other service-sector changes.

In response, Shanghai launched a free-trade zone in 2013, initially billing it as a groundbreaking area for financial reforms. So far, however, its success has been limited mostly to cutting red tape on business registration and expediting customs-related bureaucracy. In April, the provinces of Guangdong and Fujian, as well as the Tianjin municipality, launched their own free-trade zones.

Shanghai has also given itself a deadline to become a global financial hub by 2020, with freer trading of the yuan and further opening of the stock market, among other expected moves.