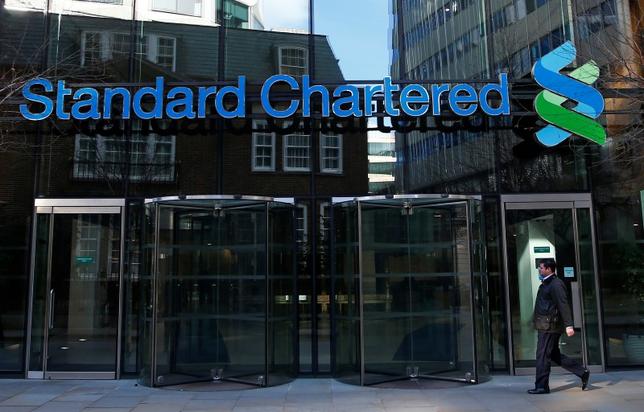 Standard Chartered’s landmark attempt to claw back bonuses paid to staff deemed responsible for its current woes could be fraught with practical and legal difficulties, lawyers and investors said.

Chief Executive Bill Winters said on Tuesday the bank could recover the bonuses of up to 150 senior staff, if they are found culpable of breaching internal rules during a freewheeling lending era under his predecessor Peter Sands, who left last June.

The attempted clawbacks could represent a test case as to the enforceability of tough new rules put in place by Britain last year, as a response to the financial crisis, allowing banks to seek recovery of bonuses from bankers deemed to have acted irresponsibly up to 10 years after they are paid out.

Lawyers said it would be the first time a bank has sought such clawbacks en masse since the new regulations were put in place. Attempts to recover bonuses have so far been rare, and have focused on individuals accused of clear misconduct.

Winters’ announcement of “robust accountability reviews” came as StanChart reported its first annual loss in 26 years, with bad loans jumping from $7.5 billion at the end of 2014 to $12.8 billion by the end of 2015.

Some investors, however, are not holding their breath for material windfalls from the plan, particularly from those executives who are no longer employed by the bank.

“It is a very reasonable idea, but probably a nightmare to enforce,” one senior manager at a fund that owns Standard Chartered shares told Reuters, while a second investor said it may be more practical to design stricter remuneration structures than to try and claw money back.

A spokesman for StanChart in London declined to comment.

Britain has among the world’s toughest rules on banker pay, introduced following public and political anger over lenders being bailed out by taxpayers in the crisis and bankers pocketing big payouts at a time of austerity for many people.

The rules allow for bonuses to be cut, stopped or clawed back where bankers are subsequently found to have acted irresponsibly or breached risk or compliance regulations.

Lawyers familiar with laws governing banker pay said the key distinction was between so-called malus – the cancellation of an intended future payment – and clawbacks, where a bank tries to recover monies already paid out.

The latter is much harder to enforce.

“Even if you have a very well crafted clawback clause, it can be hard in practice to demonstrate that an individual’s behaviour has led to a particular result,” said Anna McCaffrey, senior associate in the employment practice at Taylor Wessing.

Clawbacks face several other challenges, including the difficulty of claiming back funds where a banker has moved to another part of the world or another company.

The Bank of England proposed new rules in January to close the loophole for such so-called “roving bad apples” but they are not yet in force so would not apply to the StanChart plan.

Lawyers said that recovering money in such cases, or proving that specific individuals could be blamed for a given failure in risk management by the bank, could be extremely difficult.

“We haven’t seen a big legal fight about clawback yet, and no one really knows how these arguments will play out,” said Jon Gilligan, partner at GQ Employment Law.

StanChart CEO Winters said on Tuesday that some former senior executives at the bank had already paid a price for the lender’s problems, without naming them.

StanChart has also held back a total of $61 million worth of unvested shares pledged to senior managers and “risk takers” such as traders and loan officers in 2015 due to ‘performance adjustments,’ according to a Reuters calculation from the company’s annual report. Unvested shares are those that will be awarded at a future date, subject to conditions.

Among the most high-profile StanChart bankers at risk of clawback is Mike Rees, the 26-year veteran of the bank and former deputy CEO, who will leave the bank at the end of this year. StanChart said on Jan. 7 that Rees’s unvested share bonuses “remain subject to … potential clawback”.

Rees was key to the shaping and execution of the bank’s strategy under former CEO Sands.

Lawyers said that while enforcing clawbacks could be fraught with difficulties, the mere attempt could reassure bruised investors – who have seen StanChart shares plunge 31 percent this year – that the lender is trying to promote accountability for risk-takers.

“Pressure may be coming from shareholders, who have lost a lot of money recently, and it’s unlikely you will be able to claw back anything like what they have lost, but it is a symbolic action,” said GQ Employment Law’s Jon Gilligan.