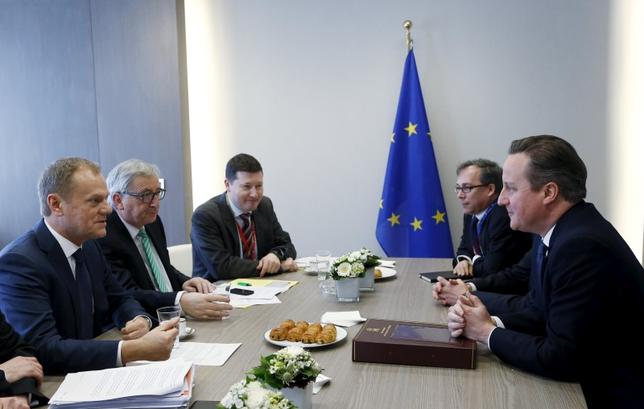 Sterling jumped half a cent to more than $1.43 on Friday after an EU official said there was a “good chance” that a deal would be reached by the end of the day on changes sought by Britain to the terms of its EU membership.

Sterling strengthened to $1.4321 GBP=D4 from $1.4370 before the official’s comments. That still left it down 0.1 percent down on the day. The pound also gained against the euro on the news, paring lossees to trade at 77.65 pence EURGBP=D4, still down 0.3 percent on the day.

Earlier another official had said talks were at a critical juncture and leaders had been asked to book hotels for an extra night as negotiations could extend into Saturday.