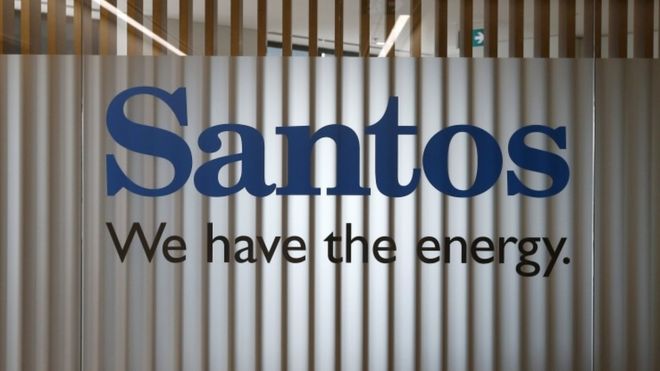 Revenue was 20% lower than in 2014, which Santos said reflected sharply lower oil prices during the period.

Santos’ operations and assets include pipeline gas and oil, together with liquefied natural gas (LNG) production – which is where natural gas is cooled to make a liquid that is easier to store and transport.

Earlier this week, rival Woodside Petroleum – Australia’s largest independent oil and gas company – posted a 99% fall in profits for the 12 months to December, citing the global fall in oil prices.

The dramatic fall in net profit for Australia’s third-biggest oil and gas producer included writedowns on various assets of A$3.92bn over the year.

The firm’s Sydney-listed shares fell 8.5% on its Friday profit report, but recovered slightly later to close down 4.2%. Over the past 12 months, the firm’s shares have fallen more than 57%.

Kevin Gallagher, formerly Santos’ chief executive officer of engineering services, took over as the head of the firm earlier this month.

He said on a conference call on Friday that the firm had to do better.

Mr Gallagher said his priority now was to assess the firm’s operations “and put in place the right strategy to ensure that Santos is sustainable in a low oil price environment”.

Last year the Adelaide-based firm announced plans to raise A$3.5bn through a share sale and by selling some assets.