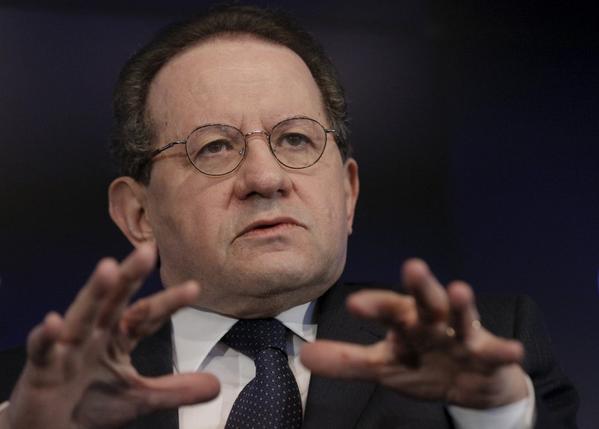 The European Central Bank would aim to protect banks from unintended harm if it decides next month to ease policy in the face of a delayed rebound in inflation, ECB Vice President Vitor Constancio said on Friday.

Speaking at a Reuters Newsmaker event in New York, Constancio said more accommodation could be delivered in a way that mitigates “the immediate, direct impact on the cost on banks,” though he added that no decision had yet been made.

The ECB has emphasized its readiness to review and possibly recalibrate policy at a March 10 meeting, given that low energy prices and lackluster economic and lending growth are expected to keep euro zone inflation well below target for years to come.

“In looking at what can be done if we decide to ease a little further, we will have to mitigate the effect of that on banks as other countries have done – Switzerland, Japan, and so on,” Constancio said, referring to countries where central banks have adopted a tiered system of negative interest rates.

“Because the main aim of that measure is to impact the short end of money market interest rates,” he said. “That’s the main aim of going negative in the deposit facility.”

The ECB cut its deposit rate in December to -0.3 percent, a “negative” policy stance shared by some other central banks that is meant to encourage more lending to companies and individuals. But investors expected the move to hurt profits at financial institutions, and bank stocks are down some 20 percent this year, leading a global equity selloff.

The Bank of Japan, the latest major central bank to go negative, limits the policy only to marginal excess bank reserves. The ECB looked at such a multi-tier deposit rate as a possible option for its December meeting, but the proposal did not make it out of the committee preparing material for the decision-making governing council. ECB governors called such a scheme too exotic and complicated.

Constancio’s comment “is the first real sign that such a (tiered) system is being seriously considered by the ECB,” JPMorgan analyst Greg Fuzesi said in a client note. “It also suggests that the ECB is not being put off by the market’s fear that it would hurt the banks but is instead thinking actively about how to best design and deliver further easing.”

Constancio said any decision would hinge on inflation, which the ECB is trying to push from around zero currently towards 2 percent. He predicted low oil prices will keep euro zone prices depressed in the first half of the year, though inflation should rebound in the second half of 2016.

“If the conclusion of the (ECB’s) Governing Council is that that path is at stake and that the delay in normalizing may get bigger … it may decide to act.”

The euro EUR= rose and briefly traded positive against the dollar after Constancio’s comments on inflation.

The bank selloff could increase the cost of capital for banks, hold back lending, and reduce the effectiveness of the ECB’s 60-billion-euro-a-month asset buying program. Markets now price at least two rate cuts in 2016, taking the deposit rate to -0.55 percent by the end of the year.

Constancio said that while the world economy faced several risks to growth, “we are not at all” in a comparable situation to the 2008 financial crisis and deep recession.

“The risks are to the downside but it is not as if the world is going into new recession,” he said.