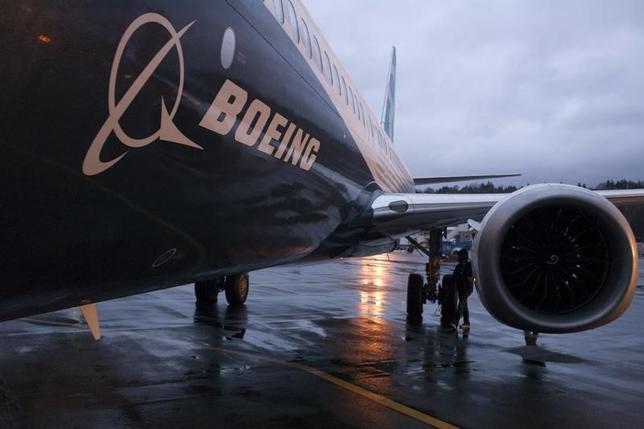 Aircraft engine makers are placing bets that could reshape their industry for decades as Boeing weighs a novel design for an airplane with 240-250 seats – a neglected area of the jet market.

The plane is designed to fill a slender gap between narrow-body jets, which typically have 150-200 seats, and intercontinental planes with 250 or more. Competition to get onboard would usually be a skirmish for the big engine makers.

But technological bets and partnerships on that plane could reshape the engine industry for the next two decades and influence who has the upper hand when Airbus and Boeing come to renew the main part of their fleets in 15 years.

“This could well determine what happens in the next round of the great engine restructuring game,” said aerospace consultant Richard Aboulafia.

Boeing aims to broadly replace its 757 model, a top-end narrow-body jet with a single aisle. The new model would try to rewrite airplane economics by being wide enough for two aisles to seat seven people in each row, but able to produce the skintight margins of a smaller single-aisle six-abreast plane like the workhorse Boeing 737 and Airbus A320.

Airbus calls the project a bluff and says it reflects Boeing’s frustration at losing market share to its A321.

One of the designs on Boeing’s drawing board is an unusually oval-shaped cross-section, rather than a rounder shape typical of most designs. It strips away unneeded cargo space and would potentially be made of weight-saving carbon-composite, industry sources say.

It would also need a new engine that could cost $5-6 billion to develop.

That comes at a time when engine makers are split over the latest engine technology and marking time in the shifting alliances between General Electric, Rolls-Royce and Pratt & Whitney.

Pratt & Whitney, elbowed out of the commercial market by Rolls and GE in the 1990s, is on the rise again with a geared turbofan design that went into service last month.

Its engines power half of Airbus’s newest small jets, but it has been years since it was selected by Boeing.

The new president of Pratt & Whitney, Robert Leduc, believes the mid-market idea is attractive. “It is for me because I want to get back on a Boeing airplane,” he told Reuters at the Singapore Airshow.

It recently abandoned a venture with Pratt in small jets to focus on wide-body aircraft.

Industry sources say it is regretting the decision, because the narrow-body market is growing at record speed. Pratt is meanwhile hungry to return to the market for larger jets.

With both companies facing pressures, Boeing’s design offers an opportunity to break out of the current box – Rolls in big engines, Pratt in small ones – without shouldering all risk.

That has triggered speculation that something like their former venture, International Aero Engines (IAE), could be revived.

But Pratt is reluctant to rush back into the arms of Rolls-Royce, with whom it occasionally clashed inside IAE.

This week, the U.S. company that powered Amelia Earhart, sketched out a more independent strategy.

Asked whether Pratt could revive co-operation with Rolls on Boeing’s study, Leduc told Reuters: “There is no room left… They made their decision and we had to move forward.”

Asked if the UK manufacturer could buy its way back onboard, his message was firmer: “They could always be a financial investor, but there would be nothing for them to make.”

To press the point that Pratt now sees itself as a standalone force, he pronounced as dead a separate alliance with GE on the A380 superjumbo.

“I’d say pretty much yes, I’d say the A380 is won and done,” he told Reuters, asked if the venture had run its course.

The remarks reflect Pratt’s conviction that it has invested in technology and earned an independent place at the top table.

But it also has an interest in seizing the opportunity presented by Boeing quickly to maximize its advantage.

“It is a negotiating position,” an air show delegate said.

In reality, analysts say, Pratt’s options depend on how its geared turbofan performs. The technology aims to increase efficiency but critics say it adds complexity.

Early signs are mixed. Qatar Airways threatened this week to cancel an order due to technical glitches.

Rolls-Royce has not ruled out working with Pratt on the new jet, a testbed for technology that could reopen the door to the narrow-body market in time for the next new designs in 2030.

“We are not closing any door but we are not active on any door. We are kind of neutral and it is more ‘wait and see’ on where this market is going,” Eric Schulz, president of civil aerospace, told Reuters.

Sitting back with the least interest in upsetting the status quo is GE, the world’s largest engine manufacturer, which is strong in both small and large markets.

Industry analysts nonetheless speculate GE is working on the new geared engines, but GE is not showing its hand.

GE has a “roadmap of technologies, including advanced materials and designs, to position us for new engine opportunities,” a spokeswoman said.

Boeing’s idea is not without risks.

Building a new engine could cannibalize existing sales. GE has the biggest share of all, Pratt is doing well out of the A321 and Rolls-Royce could see some wide-body business affected.

But after busting budgets on ambitious designs in the past decade, planemakers have little fresh on their drawing boards, and few suppliers can afford to stay out of the next round.

“It is better to cannibalize your own market than have someone do it for you,” Aboulafia said.