ECONOMY
May 28, 2019 Loknath Das economy, is, Russian, Stagnating, the 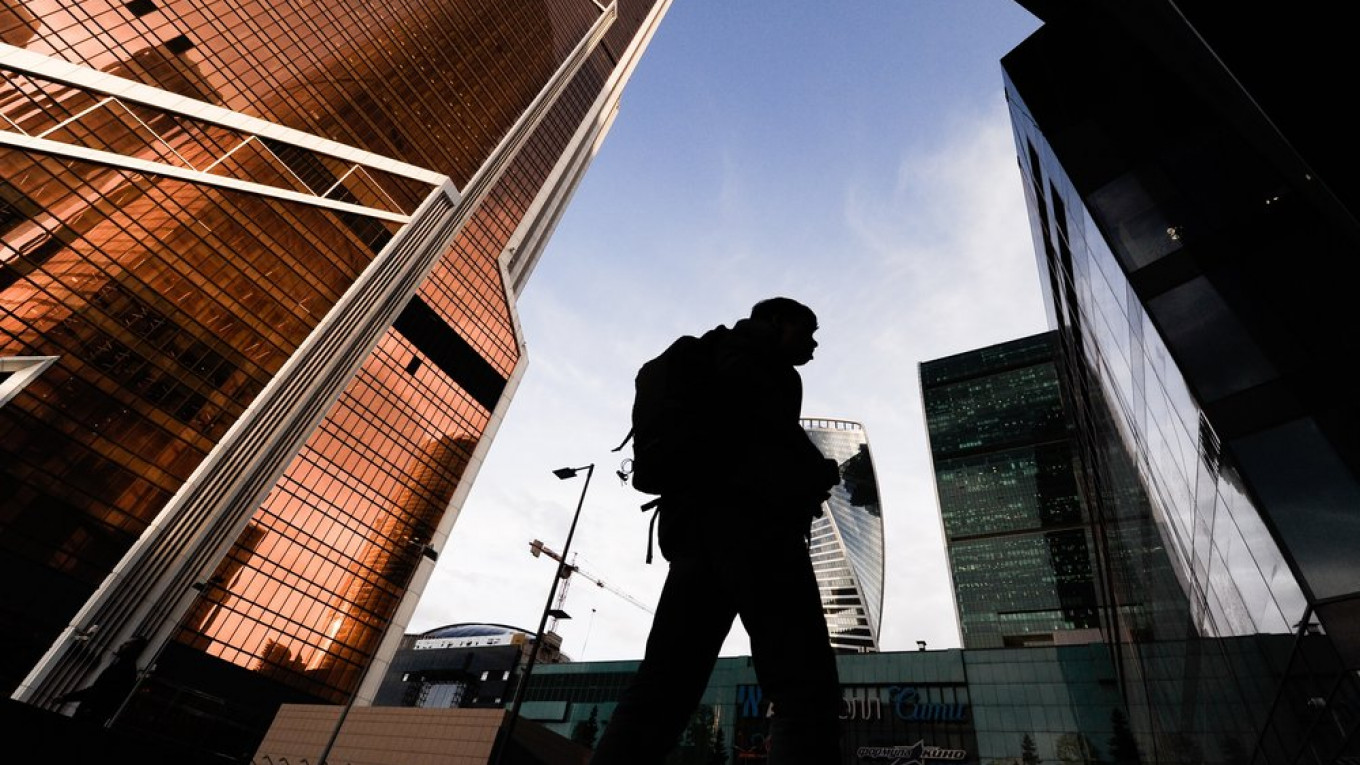 The Russian economy is stagnating and Russian President Vladimir Putin’s plan to revitalise it with his 12 national projects is off to a very slow start.

Preliminary Rosstat figures show Russian gross domestic product (GDP) growth in the first three months of the year was just 0.5 percent year-on-year, a figure well below even the most cautious forecasts. The boost that growth is supposed to get from the RUB25.7 trillion ($390bn) investments planned for the 12 national projects is still at least two years away and the administration is still arguing over how much to allot to which project.

The positive effects of this spending are supposed to increase GDP growth to over 3 percent by 2021, but economists remain sceptical as to whether that goal is achievable.

Chief economist of BCS Global Markets Vladimir Tikhomirov attributed the first quarter 2019 underperformance to three factors — weak consumption as consumers had to absorb the pension age increase and a higher VAT rate in January, as well as much more unpredictable warmer winters that lower utilities output, a big contributor to the GDP number, as well as slower growth of state military orders.

Tikhomirov warns that state investment has de-facto remained the main driver of economic growth. Foreign direct investment (FDI) has fallen to next to nothing and if the money reinvested by foreign companies already working in Russia (which counts as FDI) is discounted, then actually FDI is negative as some smaller foreign investors have left Russia as the economy becomes increasingly moribund.

If the state investment is poorly executed then the national projects could fail to accelerate GDP this year as there are no signs that the large projects in the programme are close to being launched.

At the end of 2018, the Central Bank of Russia (CBR) forecast growth in the range of 1-1.5 percent for 2019 and that now looks optimistic, while analysts interviewed by Bloomberg predicted growth of 1.2 percent this year. Even Russia’s economic development ministry, which has updated its forecast monthly, now only expects 0.8 percent growth this year — way down on the surprise and controversial 2.7 percent growth recorded in 2018.

The increase in the VAT rate by 2 percentage points in January appears to have boosted wholesale trade at the end of last year in anticipation of higher rates. The falling off this trade after the tax was introduced is one of the reasons why growth fell off so sharply and so is considered a temporary affect.

Wholesale activity in the first quarter of this year contracted by 7.4 percent year-0n-year, even as retail sales rose by 1.8 percent, partly due to a mild winter. And the state has slowed defence purchases, which are now included in the GDP calculation, as Russia starts to wind down its military modernisation programme.

And finally real incomes are stagnant and expected to remain so in 2019 as the government has no plans to distribute more money to the public via new benefits or public sector wage hikes. In 2018, the real incomes of Russians fell by 0.2 percent compared with 2017 and 8.3 percent compared with 2013, according to the Federal State Statistics Service. The economic development ministry predicts this year will see the first increase in real disposable income of the population in five years, which will increase by 1 percent in 2019, according to the official forecast.

“Real disposable income of the population in the first quarter of 2019 decreased by 2.3 percent in comparison with the first quarter of 2018. In order to fix minimum growth (100.1 percent) for the whole year, real disposable income of the population must grow in the second to fourth quarters at a rate of at least 1 percent per quarter. But, in order to reach the level of the forecast indicator taken into account in the calculations to Federal Law No. 459-FZ (101 percent), the quarterly growth should be higher than 2 percent per quarter,” Rosstat said in a statement in May.

“Taking into account the current trends and the fact that in 2019 no significant new monetary measures of social support of citizens are expected, there are risks of maintaining the dynamics of this indicator in a negative area,” the agency added.

Outlook for second half better

The outlook for the second half of the year is slightly better. Following several quarters of weakness, Russian wage growth will probably pick up a little over the coming months as public sector salaries will be raised and labour market conditions continue to tighten, Capital Economics said in a note in May. “This should mean that GDP growth holds up better than the consensus anticipates over the rest of 2019,” the consultancy said in a note.

The VAT hike also hit wages as the increase in nominal wages of just 5.5 percent year-on-year in the first quarter was almost entirely eaten up by the similar increase in inflation.

However, as the inflationary effect of the VAT has been very mild, according to the CBR economists, inflation is expected to fall off quickly back to the CBR’s 4 percent target, giving a boost of a few percentage points to real wage increases in the process.

Inflation is currently 5.3 percent. Coupled with a sharp slowdown in industrial production in March, analysts are now expecting the CBR to improve things for real wages further by cutting rates sooner than anticipated in June. That will lift growth again in the second half of this year.

The mood of the population has improved mildly as expectations for inflation amongst the population are falling from over 9 percent and converging slowly with the real rate of inflation. This should support consumption in the second half of the year and will also make it easier for the CBR to cut rates.

All-in-all the first quarter results were mixed and the situation will improve mildly in the second thanks to Russia’s solid macroeconomic fundamentals. But to really make a noticeable difference to people’s lives the national projects must be made to work and that is not happening yet.

Putin is already feeling the squeeze after state pollster VTsIOM reported that trust in the president fell to its lowest level in almost two decades, to 31 percent in May whereas it used to be over 70 percent ten years ago.

The slow pace of progress in the implementation of the national projects led Putin to chew out deputies on live TV and has fuelled tension between the various branches of government.

The Kremlin has put a lot of store in the national projects which is the state’s leading investment programme, but critics say not enough attention has been paid to improving the business environment and state-led investment by itself will not be enough to spur growth to get to the 3 percent GDP growth target by 2021. At most, the programme may increase Russia’s economic potential by 0.5 percent, the International Monetary Fund said, reports Bloomberg, and most other economists are forecasting growth of below 3 percent for 2021.

“The projects are broken down into 13 focus areas, each managed by a different set of officials and ministers with granular benchmarks to reach, such as building 180 war memorials by 2024 and improving the speed of cargo trains by 28 percent on average. What’s missing are crucial details like how the biggest of the projects will be funded and how they’ll help the economy,” Russia economist Scott Johnson said, cited by Bloomberg.

Much of the first year of the programme has already been lost due to internal wrangling over what projects to include and how to fund them. A $5 billion rail bridge to Sakhalin Island was scrapped after officials figured out how few trains would use it. A high-speed link from Moscow to Kazan was dropped because it was too expensive. All the programmes need to be carefully assessed but there is a sense of urgency as Putin is pressing for results. This conflict is setting the programme up to repeat the mistakes of the Soviet Union when officials used to “storm the plan” to meet the targets set by Gosplan with regard to their economic efficacy.

If the plan is not successful and Russia’s economy continues to grow at less than 3 percent then it will lag behind the rest of the world. What that means in practise is while life will continue to improve in Russia, it will improve more slowly than the global economy and it will slowly but inevitably fall behind, which means falling relative standards of living and economic stagnation.