Skip to content
COMPANIES
June 6, 2015 Joy Mitra 0 Comments about level playing fields? Well maybe, The SEC Doesn't Like It, they're working together 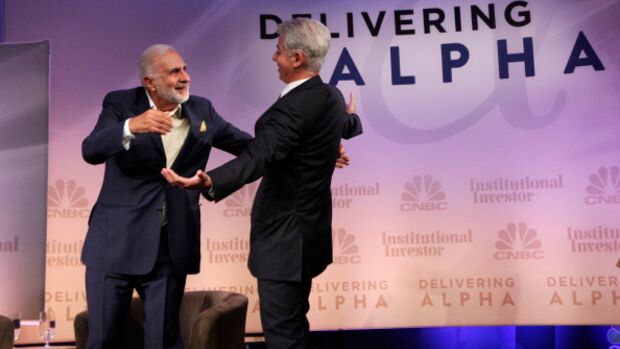 The Securities and Exchange Commission is investigating whether some activist investors teamed up to target companies without disclosing their alliances, potentially in violation of federal securities rules, according to people familiar with the matter.

The SEC’s enforcement division has recently opened multiple investigations and sent requests for information to a number of hedge funds, according to some of the people.

The relevant rule is that if you acquire more than 5 percent of a company’s stock, you need to disclose your ownership and plans on Schedule 13D, so everyone can know how much you own and what you’re up to. But also, if you and someone else “agree to act together for the purpose of acquiring, holding, voting or disposing of equity securities of an issuer,” then you have to add your ownership together for the 13D rules. So if Hedge Fund A buys 3 percent of a company’s stock, and Hedge Fund B buys 2 percent, and Hedge Fund C buys 1 percent, then none of them needs to do any 13D disclosure. But if they have an agreement with one another about “acquiring, holding, voting or disposing of” those shares, then they all need to disclose their ownership and purchase history and plans for the company and the fact that they’re working together.

So that’s the rule, whose purposes seem to me to be a bit lost in the sands of time. I mean, here is the Wall Street Journal:

The rules are meant to keep hedge funds from exercising the influence that comes with a big stake without incurring obligations that are meant to level the playing field with smaller shareholders.

I mean … oh? Here is my former employer, Wachtell, Lipton, Rosen & Katz, quoting a federal court: “Simply put, the purpose of the Section 13(d) disclosure rules has always been to ‘alert investors in securities markets to potential changes in corporate control and to provide them with an opportunity to evaluate the effect of these potential changes.'” Sure. I do not entirely understand these sentences, but I sort of get the gist. So for instance Wachtell Lipton has argued that investors should have to make these disclosures faster — currently they get 10 days from the time they cross over 5 percent to file their 13Ds — so that other shareholders can find out about activist involvement sooner. Activist involvement tends to drive up stock prices, and activists like the delay because it lets them buy more shares at lower, pre-announcement prices. Other shareholders might prefer faster disclosure, because they’d prefer to sell to the activists at higher, post-announcement prices.  So this is a straightforward conflict between models for information use: Activists want to be able to profit from their private information; less informed investors would prefer that the activists share. “Level the playing field with smaller shareholders” and all that.

So is the current SEC focus — on “whether certain investors coordinated their efforts without filing appropriate disclosures” — about level playing fields? Well, maybe:

We’ve talked about this a couple of times, including when that Journal report came out. This tipping seems unfair, in the trivial sense that the people who get the tips have an advantage over the people who don’t, an advantage that comes from whom they know rather than from hard work and clean living. If a big activist is accumulating a position in a company, and tells another fund before he announces his stake, that other fund can buy at the pre-announcement price and make a quick paper profit when the big activist announces his stake. In exchange, the activist has a grateful ally in the company’s stock, which he hopes will support his plans for the company. This seems like insider trading to some people, but it isn’t, because insider trading is about theft, not fairness, and if the activist gives away his information then it’s not illegal for the recipient to trade on it. As John Coffee has put it:

The key advantage of joining a “wolf pack” is that it offers near riskless profit. The hedge fund leading the pack can tip its allies of its intent to initiate an activist campaign because it is breaching no fiduciary duty in doing so (and is rather helping its own cause); thus, insider trading rules do not prohibit tipping material information in this context. If one can legally exploit material, non-public information, riskless profits are obtainable, and riskless profits will draw a crowd on Wall Street.

Where was I. If there’s one theme of my writing it’s that people get really mad, in a sort of un-analyzed way, when other people have information that they don’t. So this wolf pack thing makes people mad, because it looks like insider trading, but it’s legal. But what if it wasn’t legal? Because here’s the thing: It’s really hard to know what a “group” is. You’re a group if you “agree to act together for the purpose of acquiring, holding, voting or disposing of” a company’s stock, which is a pretty vague standard. So if Crocodile Capital tips Trochilus Partners about its upcoming campaign, and Trochilus buys some stock, and Crocodile announces its activist campaign and the stock goes up, and then Crocodile runs a proxy fight, and Trochilus votes for Crocodile’s slate of directors out of a tacit sense of gratitude, that’s fine. But if at any point Trochilus agrees to buy the stock, or agrees to vote for Crocodile’s slate, then they’re a group, and if they don’t disclose that then everything they’ve done is illegal.  And that agreement doesn’t have to be an explicit written contract; an understanding reached on a phone call might be enough at least for a nasty lawsuit. So if the SEC wanted to crack down on hedge funds tipping each other, tightening enforcement of the group rules would be an easy way to do that. No one wants an SEC investigation, and if tipping other funds is going to trigger an investigation then it probably isn’t worth it.

The other possibility is that this investigation is not about tipping or fairness to little investors. You can have a very simple model of the SEC’s rules about shareholder disclosure, which is that those rules are mostly about the balance of power between corporate managements (who want more shareholder disclosure) and activist shareholders (who want less). The rules are just a dial that the SEC can turn to make activism harder or easier. So if you want activism to be harder, you would do things like make it harder for activists to talk to other shareholders about their campaigns. Just picking up a phone and calling a fellow shareholder is, in an activist situation, sort of a fraught activity. You can call them up and say, “I hope I can count on your support in a proxy fight,” but if they say, “You sure can,” then you’re in a pickle. Do they now have an “agreement” with you on how to vote their shares? Does that make you and them a group?

The answer is probably not, but there is a lot of room for interpretation here, and the SEC is the one doing the interpreting. If corporate America thinks that activist investors have too much power to affect corporate policies and cause short-term thinking and other bad results, and if the SEC agrees, then it might want to just make it harder and riskier for activists to discuss companies with each other, and to solicit support from other investors. Here’s Phil Goldstein of Bulldog Investors, one of the targets of the SEC’s inquiries:

Scrutiny from the SEC could chill legal discussions between investors, he said, adding that it isn’t surprising that underperforming companies would draw interest from several activists.

“If you go to a Grateful Dead concert, you’re going to find a lot of Grateful Dead fans,” he said. “They’re not a group. They just like the same music.”

Activists make their living by being persuasive, and the less they can talk to other investors, the less opportunity they have to persuade. Cutting down on those opportunities is a little weird for corporate democracy: Shareholders can vote, but they’re afraid to talk to each other about how they’ll vote. But if you worry that activists have too much influence, this is a pretty direct way to fix that.