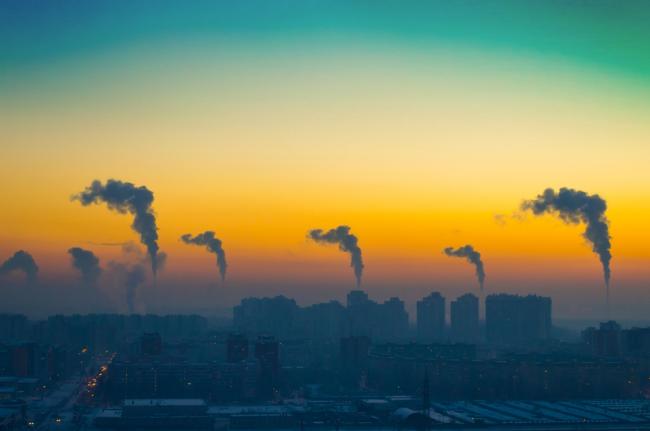 As it relates to the oil & gas industry, methane (CH4) emissions are a key topic embedded in our energy-environment discussion.

But is what we read and see in the news the whole story?

We hear that methane emissions from oil & gas is a main reason why we must jettison these essential sources of energy and pivot to renewable energy to save the planet.

Yet, this is simply untrue.

The oil & gas industry has actually significantly reduced its methane emissions across all sectors of the highly challenging extraction, delivery, and usage process.

Industry groups like ONE Future, a coalition of some 20 U.S. natural gas companies have voluntarily slashed methane emissions by 41% last year to just 0.326% along the value chain, at the same time growing production and system input.

Just to make sure that you are reading that tiny number right: that is methane emissions at 1/3 of 1% of total throughput in the natural gas system.

Indeed, The Oil & Gas Climate Initiative has announced a reduction in methane intensity of 9%, and it has a 2025 goal of reaching less than 0.25%.

Regardless of what anti-oil and -gas activists claim, the industry is delivering on its promise to lower methane emissions, as EPA recently confirmed: “The US Natural Gas Industry: Surging Throughput, Falling Methane Emissions.”

Good for business and good for the environment, slashing methane in operations is essential to maintaining the sustainability of the oil & gas industry – this continued reduction is driven by some of the most technologically advanced companies in the world.

To illustrate, Southern Company-owned Virginia Natural Gas (VNG) recently announced that it wants to be the first utility in the country to offer its customers natural gas that is 100% sourced, transported, and distributed by companies that have pledged to reduce methane emissions to less than 1%.

The recently implemented initiative is currently ensuring that 20% of their supply is certified natural gas, and the program will be at 100% realization by 2025.

Gas purchased by VNG under this program comes from wells that have been certified through the Independent Energy Standards’ Trustwell Responsible Gas Program – a transparent, objective third-party rating system that certifies the responsible development of natural gas. The program’s goal is to utilize natural gas by managing emissions in a sustainable way to yield the cleanest gas possible.

Although rarely reported, the oil & gas industry is committed to reduce methane emissions and has made this commitment a key to its future, evidenced by the recent pledge from VNG, which serves more than 300,000 residential, commercial and industrial customers in southeastern Virginia.

So why the big push for renewables?

Despite the improvements in solar and wind, they simply are not ready to replace natural gas and even coal. They are far less reliable (typical availability in the 30% range) and remain less affordable sources of energy unless subsidized by taxpayers.

The warnings for us have been made clear.

A prime example is Germany, where policy has mandated that renewables become a significant portion of the energy mix. The country has spent literally hundreds of billions of dollars to incorporate them into its grid.

But due to higher costs and intermittent availability of renewables, the reality is that the country still needs established conventional energy, as evidenced by this headline from the Houston Chronicle: “New market for LNG as Germany moves to add import terminals.”

Germany is ultimately our most cautionary tale, with electricity rates totaling more than three times than those in the U.S. Aside from costs, reliability is also of extreme importance to households and industry, but Germany’s drive to add more and more renewables has thus far not delivered in this area, as shown by an article from Deutsche Welle: “Berlin blackout raises questions over Germany’s power grid.”

To address reliability issues, electricity from renewables needs a backup generation source – which ironically usually comes from natural gas – and this means extra costs for consumers that are almost never factored into the cost analysis – making most costs comparisons between wind and solar vs. natural gas fundamentally flawed.

There is an abundance of low-cost natural gas in the U.S., and the industry continues to hone its technology to find, produce, transport, and use it safer, cleaner, and cheaper.

In the end, methane represents 10% of our greenhouse gas emissions. According to EPA, natural gas accounts for 1.66% of this 10% but as one can see from groups like ONE Future and The Oil & Gas Climate initiative, this number continues to drop.

Perhaps most notable in our climate fight is proof that natural gas has surged in production since the shale revolution took flight in 2008, while the industry has worked to achieve much lower emission rates.

Oil & gas, meanwhile, are expected by the U.S. Department of Energy to still meet 60% of U.S. energy demand through at least 2050.

While growing into a larger role, renewables (mostly hydro and biomass) are still expected to be at 14% by 2050.

Ultimately, it should be the marketplace that decides who wins the energy battle, and with rapidly increasing energy needs around the globe perhaps there just might be room for all-of-the-above.