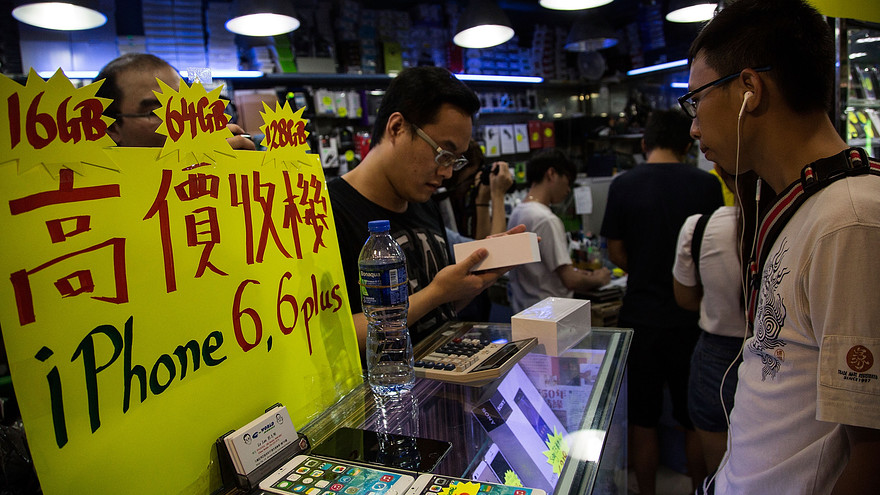 Investing is a lot like shopping: You can get better deals and enjoy a less harrowing experience by avoiding crowds.

The most recent edition of Bank of America Merrill Lynch’s monthly survey of global fund managers, released in mid-November, identified a long position in the U.S. dollar DXY, -0.31%  as one of the most crowded trades in the market. Managers indicated that they thought their peers had too heavy a weighting in the dollar. In a sign that introspection is not a job requirement, they also acknowledged that their own portfolios were heavily invested in the greenback as well.

It’s easy to see why so many would bet on the dollar. The survey also found that 81% of fund managers expect the Federal Reserve to raise its target for short-term interest rates this month, the first such move in almost a decade. Higher interest rates typically coincide with a stronger currency as money is converted into that currency to capture the more generous interest payments available on bonds and similar instruments.

The problem is that a Fed rate hikeand an accompanying shift into the dollar are so widely anticipated that by the time rates go up, there may be few investors left to try to capitalize on it. And, of course, the Fed may chicken out, as it has done for several years.

The front-running isn’t just in currency futures or other direct plays on a rising dollar. Investors have bid up European and Japanese stocks — foreign companies can compete more effectively with American rivals when exchange rates make their goods and services cheaper without having to reduce prices — and sold commodities and emerging-market stocks.

Many commodities are priced in dollars, so a strong dollar makes them more expensive to foreign buyers, reducing demand. Another factor is that companies and governments in the developing world are burdened with trillions in dollar-denominated debt, which becomes more expensive as the dollar rises.

Stocks in emerging markets have been sold down so hard for so long — the managers surveyed by Merrill were more underweight in them than anything else — that they trade at extremely deep discounts to their counterparts in mature economies. Commodities are harder to value because they produce no income and represent no direct wealth-generating assets, but many are priced at multiyear lows.

Given such valuation discrepancies and the lopsided expectation of an imminent rate increase, the safer bet seems to be to go against the crowd and buy the far-cheaper assets — emerging markets and commodities — and pay for them by selling winners in Europe and Japan. As the Merrill report announcing the survey results put it, the “most vulnerable trade heading into the December Fed hike is long dollar and associated positions.”

Short-dollar plays may be more lucrative bets, too, not just safe ones, whatever the Fed does. Chris Brightman, a financial adviser at Research Affiliates in Newport Beach, Calif., said in a recent report that emerging markets had become so cheap relative to developed markets and to their own history that he forecast them to return 7.9% a year after inflation for the next decade, compared to 1.1% for U.S. stocks and 5.3% for those in other developed markets.

Commodity ETFs are problematic because many trade infrequently and hold futures contracts rather than physical commodities; futures are often priced in a way that results in losses for long-term investors, even with no price movement in the underlying commodity. One true commodity ETF is SPDR Gold Trust GLD, +0.55%  , which owns bars of the metal.

More suitable alternatives for someone hoping to capitalize on a recovery in commodity prices might be the Energy Select Sector SPDR Fund XLE, -3.74%   and the Materials Select Sector SPDR Fund XLB, -2.66%  , which respectively hold energy stocks and stocks of companies involved in mining, chemicals, packaging and other commodity-related industries.