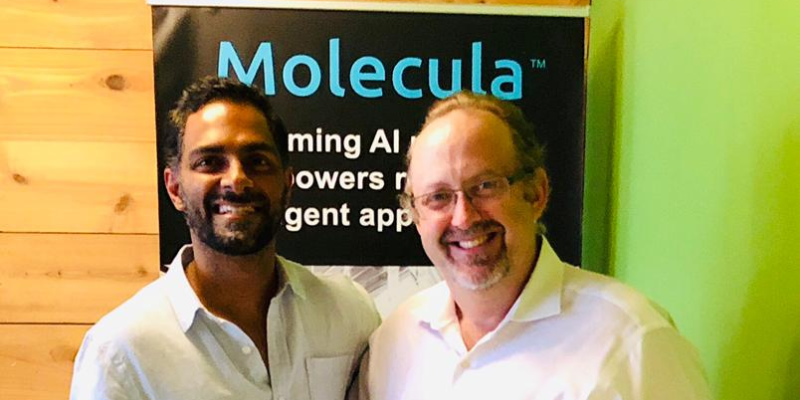 Every company’s data journey takes time – to build, to streamline, to store, and finally analyse. How often does a CTO tell a founder that they are harrowed by the fact that the data is in several warehouses and forms as events data, click stream data, SQL, and NoSql data? Their team is always stuck with what all these data sources mean.

On several occasions, companies cannot even make sense of all the data they have and use only a small portion of it and deploy AI modules, which result in bad queries and sometimes even biases.

But now, Austin-based Molecula will solve these issues with its virtual data source technology, which has eight patents. It is powering engineering teams to access data faster and prepare them for real outcomes.

“They don’t have to sit on copies of data like in the old world and have access to limited data. Most companies use only one percent of their data and have not been able to unleash the power of the rest because accessing copies takes time,” says Higinio Maycotte, Founder of Molecula.

The startup has 10 paying customers and is also working with Oracle to take its product to the market. Some of its paying customers include media houses and Fortune 500 companies. Only four months old, Molecula has already raised $6 million from family and friends.

Around 1,650 companies used Pilosa to decouple and organise data. That’s when Maycotte, a veteran of eight startups, including a media company called Texas Tribune, realised that all data scientists in every organisation could not access all the data because it is in several warehouses and in multiple forms and copies.

Ganesh had moved to the USA to work as an engineer. He has worked in Dell EMC for 11 years. Last year, Higinio met him through a common friend and pursued him for his sales excellence. Ganesh loved Higinio’s pitch about Molecula’s technology helping companies get ready for AI and take up the opportunity.

Molecula is Spanish for ‘molecule’, the smallest particle of a substance.

Data virtualisation has picked up steam over the years because the amount of data in the world has gone up and people want to automate as much as they can. But the disability to derive meaning out of it has slowed down the power of real machine learning (ML). While the cloud environment may be more efficient, it also led to the creation of multiple copies and storages of date.

Molecula is taking the opportunity to stitch this data faster, a gap in the current industry. In fact, the startup can help large organisations move their data workloads to the cloud without having copies. This way, customers pay per VDS deployed in the cloud rather than for the storage.

By doing so, data is compressed and available to data engineers faster.

“We will ensure that data is traceable and can be recalled easily. It is the perfect platform for those who want to power data immediately,” says Ganesh.

There is a lot of interest for this business as data scientists have access to datasets they never had. Over the next 18 months, Molecula will be scaling to serve more than 100 companies and raise more money from investors.

These large companies copy data into different cloud environments without easy access to data engineers, which is why Molecula wants to take this story to town.