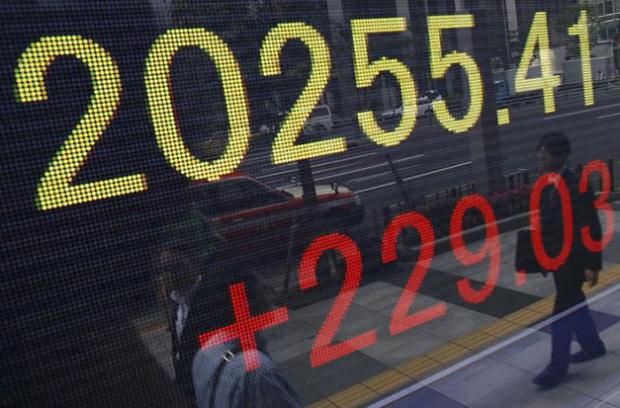 The Frankfurt and Paris stock markets had surged on Tuesday after a European Central Bank executive board member signalled that the ECB would temporarily ramp up its stimulus programme aimed at boosting the eurozone economy.

Official Japanese data showed the economy grew 0.6% in the first three months of the year, after limping out of recession in the previous quarter. The figure was better than the revised 0.3% expansion in October-December and beat the market median forecast of a 0.4% quarter-on-quarter increase.

“Corporate earnings for the fiscal year to March were (also) generally good and many companies took measures to return surplus to shareholders,” he added, referring to share buy-backs and dividend increases.

Even though the data reduced the likelihood the Bank of Japan would further loosen monetary policy, the yen weakened against the dollar as upbeat US figures supported the greenback.