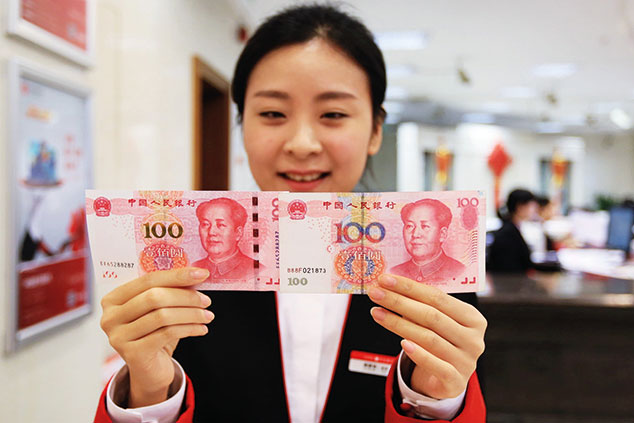 “Every now and then, August belies its reputation as a sleepy month,” says Larry Elliott in The Guardian. Last week, China’s currency (the yuan, or renminbi) fell to an 11-year low against the US dollar, tumbling through the level of seven-to-the-dollar, previously regarded as a “line in the sand”. That prompted US authorities to brand the country a “currency manipulator” for the first time since 1994.

There is now talk of a “currency war”, says Jill Treanor on BBC News – whereby nations competitively devalue their currencies to boost exports. There are signs that this game of “beggar-thy-neighbour” has already begun. Last week brought interest-rate cuts from central banks in New Zealand, Thailand and India (see opposite). Cuts tend to weaken currencies because they prompt investors to look elsewhere for a better return.

Currency contagion and the 1930s

Currency wars are more dangerous than bilateral tariff battles, says Stephen Mihm on Bloomberg. Exporters in neutral countries get caught in the crossfire of devaluations, forcing them to “take protective measures of their own”. Recent events carry an “eerie resemblance” to the 1930s, when a “back-and-forth volley of currency devaluation and retaliatory tariffs… ripped apart the global economy”.

It’s certainly another headache for investors, says Mark Atherton in The Times. Renminbi weakness carries the risk of a “deflationary shock being sent around the world as markets are flooded with cheap Chinese goods”. The worsening trade dispute is also likely to spell trouble for big US brands such as Apple and Walmart. “China’s billion-strong army of consumers can make or break any foreign brand selling in their country.”

The yuan’s fall has “revived memories” of August 2015, when a surprise mini-devaluation panicked markets, says Steven Russolillo in The Wall Street Journal. “Hundreds of billions of dollars” left China in the aftermath as citizens and companies moved funds offshore.

The trade war is getting uglier

Yet today China is better prepared, says Shuli Ren on Bloomberg. Managers at acquisitive businesses that helped stoke capital flight are now, in many cases, in prison. And with low global bond yields, most Chinese investors will be content to keep funds at home, where the ten-year bond still offers a decent 3% return.

That said, fear of renewed capital flight is likely to prevent China from pursuing a bigger fall in the yuan, notes Russolillo. “Any further sell off could also create problems for Chinese property developers” and conglomerates, which have loaded up on overseas debt, but must pay it back with yuan-based earnings.

A disorderly rout is unlikely, agrees Arthur Kroeber of Gavekal Research. “At the risk of splitting hairs,” recent weakness should be seen as a depreciation rather than a devaluation, driven by genuine market forces rather than official fiat. Nevertheless, the risk is that, despite this week’s tariff reprieve, “the US and China are close to throwing in the towel on a trade deal”.