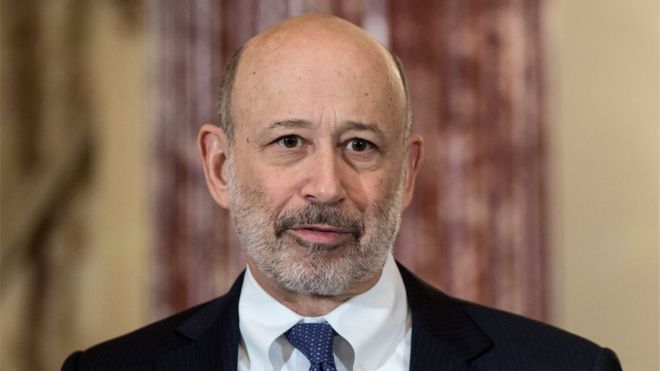 The US investment bank posted net profit of $2.15bn in the fourth quarter, up from $574m for the same period in 2015, when it was hit by a $5bn legal settlement.

Chief executive Lloyd Blankfein said: “After a challenging first half, the firm performed well for the remainder of the year as the operating environment improved.”

Adjusted revenue fell 9% to $17bn in the wake of disposals, but for ongoing businesses the figure was up 6% to $16.3bn.

Michael Corbat, chief executive of Citi, said; “We had a strong finish to 2016, bringing momentum into this year. We drove revenue growth in our businesses and demonstrated strong expense discipline across the firm.”

The bank’s revenue from fixed-income trading rose about 36% – far lower than the 173% rise reported on Tuesday by Morgan Stanley – Goldman’s closest rival – for the three months to December.

While Goldman relies on trading more than its competitors, it has been trying to switch to more stable markets such as investment management.

Goldman has also made a push into US consumer lending, launching an online platform called Marcus late last year.

Investment banking revenue, which includes income from advising on mergers and acquisitions as well as underwriting bond and share offerings, fell 3.9% to $1.49bn.

The bank maintained its position as the world’s top mergers and acquisitions adviser last year with a 35.9% market share of completed deals, according to Thomson Reuters figures, ahead of Morgan Stanley and JPMorgan Chase.

Goldman shares were up slightly in pre-market trading and have gained close to a third since the presidential election.