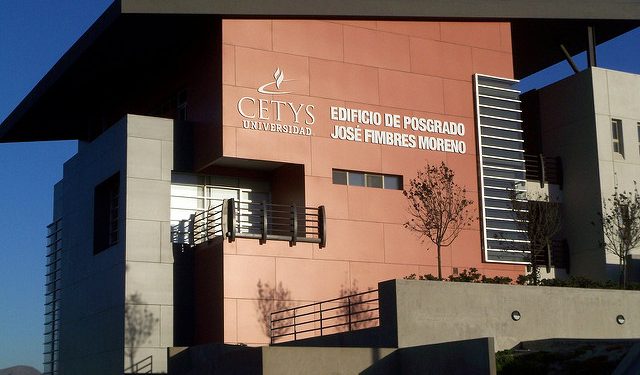 “In terms of a wall, there’s already a wall,” he told The PIE News. “There have been challenges before Trump was elected in terms of the dynamics with the US and we’ve had to navigate through those hurdles.

“If a wall were to be the deterrent for any collaborations, there would be none between the US and Mexican institutions”

“So if a wall were to be the deterrent for any collaborations, there would be none between the US and Mexican institutions.”

Goodwill from institutions on both sides of the border has created “exemplary programmes” said Garcia, citing CETYS’s own double degree with City University of Seattle for undergraduate degrees.

“All of that gives me sufficient confidence that the future of institutional collaboration is going to be contingent more upon that foundation than upon barriers or policies that Trump or his administration set in motion.”

However, one potential concern for Mexican universities would be if Trump follows through with repealing the Deferred Action of Childhood Arrival programme which shields thousands of young illegal immigrants from deportation.

“There will be a dynamic that we’ll have to face of them coming back to Mexico not having been linked to Mexico since they were born… then to deal with the academic credit transfer recognition if they have studies… and then assessing the possibility of studying there [in Mexico].”

Some 700,000 young people are registered for the DACA programme. According to a 2013 Brookings Institute survey, 75% of applicants for that year were from Mexico. But, Garcia says Mexican institutions don’t know how many students they would have to accommodate if they were deported.

“It could be thousands but we have no idea, it’s too early to tell, but there is conversation, there is awareness and there will likely be some kind of contingency plan.”

Asked if the starkly contrasting immigration policy in Canada, which in December scrapped seven-year old visa requirements for Mexican visitors, could lead to a preference to partner with the US’s northern neighbour, Garcia said he’d like to see institutions across North America collaborate more.

“Since the 90s there has been a strong effort to bring together not just Mexico and Canada but the three countries – US, Mexico, Canada,” he said. “Relative to the early 90s there definitely more flow in both directions between Mexico and Canada, but there could be more.

“Politics I don’t think are going to matter. All three countries are so close, it’s a fact of life, we’re going to be there. We’re going to need to find ways of establishing meaningful collaboration.”