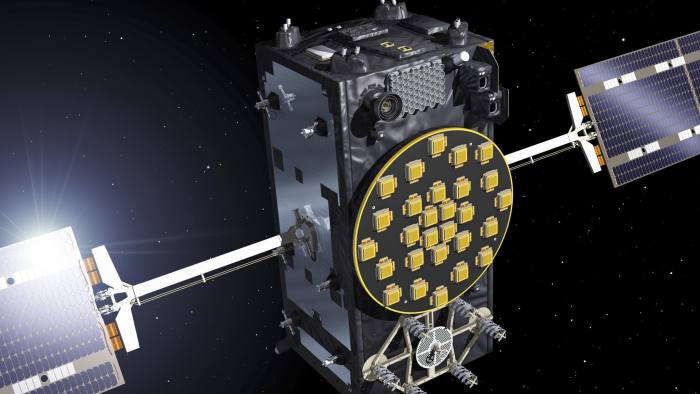 The UK government could withhold security clearance for companies working on Europe’s Galileo satellite navigation system, in the latest clash over Brussels’ ban on Britain’s involvement in secure elements of the programme after Brexit.

The UK Space Agency has written on behalf of UK business secretary Greg Clark to 13 British companies working on Galileo’s highly secure elements, to remind them they need the government’s security authorisation for any future work.

The agency asked the companies to consult the government before agreeing to any new contracts.

“I regret that these steps are a necessary consequence of the position taken by the European Commission,” the letter said.

The letter stressed that while the UK government had threatened to withdraw from the project to build its own navigation system, it was still keen to remain in Galileo.

The letter marks the latest salvo in an increasingly bitter row over Britain’s role in Galileo after Brexit.

Michel Barnier, the EU’s chief negotiator, insisted in a speech in Brussels on Monday that the commission was only abiding by rules agreed with the UK.

“We are not kicking the UK out. The UK decided unilaterally and autonomously to withdraw from the EU. This implies leaving its programmes as well,” he said.

“The EU’s rules on Galileo have been in place for a long time, and are well known to the UK . . . third countries and their companies cannot participate in the development of security sensitive matters . . . Those rules were adopted together with the UK as a member, and they have not changed.”

But the UK Space Agency letter was intended to signal to Brussels that the British government still has the power to impede progress on Europe’s flagship infrastructure project.

Under EU rules, each member state is responsible for giving security clearance to domestic companies bidding for sensitive work. However, the EU has signalled that UK companies could be a security threat after Brexit. A UK Space Agency spokesman said that as a result, the British government would have to review the clearance on any new contracts.

Graham Peters, chair of UKspace, the UK space industry lobby, said: “We reiterate UKspace’s desire for a procurement freeze and for both sides to reach a positive outcome as soon as possible. Galileo has been built based on expertise across Europe ‘cherry picked’ from individual nations — to move away from those established competences will inevitably result in delay and programme risk.”

CGI UK, which has designed much of the security around Galileo’s highly encrypted Public Regulated Service, is in discussions with French space company Thales Alenia Espace about training and transfer of technology. The potential contract could be delayed by the UK authorisation process if Brussels continues to insist that UK companies should be kept out of sensitive information exchanges.

Industry insiders speculated that blocking all technology transfers by refusing security authorisation could impose a delay of up to three years on a programme already significantly behind schedule.

“At first it felt like negotiating positions on both sides,” said one space industry executive. “This feels like quite a threat from the UK. But the European Commission are playing hardball too.”

Galileo is designed to give the EU independence from GPS, the US navigation system, and to spur the member states’ industrial participation in the rapid commercialisation of space. It is also important to Britain’s armed forces as a back-up to GPS.