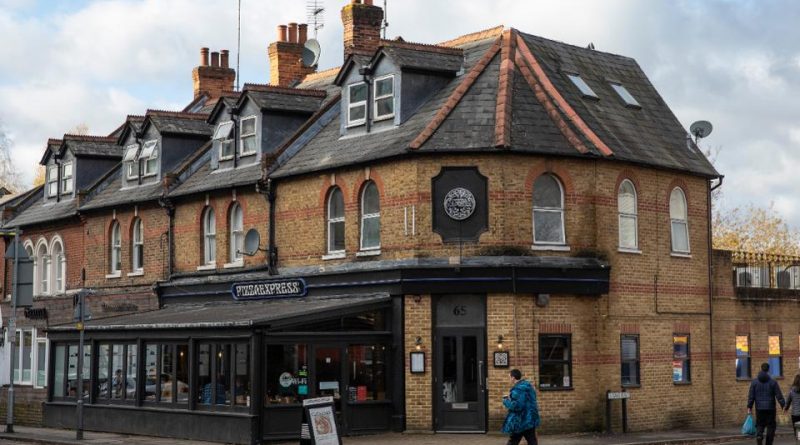 The strangest things can trigger intense memories. For Marcel Proust, the taste of a madeleine cookie famously unleashed his entire childhood. In The Game, a reflection on life and hockey, my boyhood hero Ken Dryden, the great Montreal Canadiens goalie, recounts waking up in his parents’ home in Islington (a Toronto neighborhood) thinking he’s hearing the sounds of skates biting the ice and pucks thumping off the boards on the backyard rink his father built for him and his brother. And for Britain’s Prince Andrew, an allegation that he’d been intimate with a 17-year-old girl evoked an evening at a nondescript chain restaurant in a nondescript town in Surrey on the very date in question more than 18 years earlier.

Last month in an interview with the BBC’s Emily Maitlis, Prince Andrew contended he couldn’t have been with Virginia Giuffre on March 10, 2001 because he “weirdly distinctly” remembers taking his daughter to the Pizza Express in Woking that evening. If you’ve ever been to a Pizza Express – let alone one in a London commuter town like Woking – I guarantee you’ll have trouble remembering you were ever there. None of this was lost on the British public, which began posting video of the unremarkable restaurant and flooding Google and Trip Advisor with new reviews like: “Pizza Express Woking is like no other Pizza Express! It’s a memory which will never disappear… The pizza is so good from this specific branch, it gives you the ability to not only remember what year you visited, but the exact day and month! Truly incredible.” And “if you’re in need of an alibi, this is the restaurant for you.”

Recently we’ve been hearing a lot about companies like Guild Education that facilitate employer tuition reimbursement for online degree programs. Last month, Guild became the newest education unicorn, raising $157 million at a valuation of at least $1 billion. For me, the Proustian memory evoked by this news is how colleges and universities used to be interested in selling their online degrees directly to students. I exaggerate somewhat. But with all the attention being paid to Guild and its brethren, you’d think online schools had given up trying to get individuals to pay for their programs. Well maybe they have, and for good reason.

We have now entered the Third Age of online education. The First Age, which ran from about 2000 to 2012 was the age of for-profit universities. Led by University of Phoenix Online, for-profit universities built massive online lead generation machines and call centers designed to generate applications via “speed to lead,” and then convert apps to enrollments and enrollments to starts.

The Second Age, which ran from 2012 to 2019 was the age of the quasi-for-profits. Quasi-for-profits took two forms, both of which borrowed First Age lead generation and enrollment engines. One form was the non-profit online university. Lubricated by the grease of superior brands and non-profit status, their marketing and enrollment machines hummed more smoothly and they soon eclipsed the for-profits in size and relevance even while critics of aggressive marketing of online degree programs continued to press a rearguard First Age action. The other form was online program managers (OPMs): service providers partnering with traditional colleges and universities. They, too, leveraged the marketing and enrollment lessons learned by for-profit schools; some OPM engines were built by the same for-profit executives. To further legitimize the enterprise, OPMs successfully attracted elite university partners, although only at the master’s level, and except in a few cases achieved very limited enrollment in these programs due to rigid admissions requirements.

Managing Wealth In An Uncertain World

Designing To Create An Equitable And Inclusive Talent Marketplace

What the First and Second Ages had in common is that providers sold online degree programs directly to the 40 million or so itinerantly employed or underemployed American adults who lack postsecondary credentials. Call center representatives were trained to walk applicants through the FAFSA’s 108 questions, coaching them to weave together the financing for expensive online degree programs from Pell grants, Perkins loans, Stafford loans, Plus loans, and private loans. Because the resulting tapestry of debt was almost always intimidating (could any tapestry be scarier?), advisors aimed to keep students focused on their goals and the potential increase in earnings that would come if they could just complete that darn degree.

Large companies have offered tuition reimbursement to employees for decades, in many cases up to the annual tax deductible limit (now $5,250). Between 60 and 70% of employers offer tuition assistance and companies are spending real money on tuition; according to training industry surveys, 11% of total corporate training spending was allocated to tuition reimbursement in 2012, and 10% in 2014. Bright Horizons’ Tuition Advisory Services division – now called EdAssist – has provided tuition benefit services for more than 30 years and currently serves 220 learning providers and over 120 employers including PepsiCo, Spring, and Blue Cross/Blue Shield. However, as Lumina Foundation astutely noted in a 2016 report, “tuition assistance programs have long been treated mainly as benefit programs and outside the corporation’s [learning and development] portfolio or talent strategy.” And employee uptake was commensurately low. According to Lumina, only 2-5% of eligible employees took advantage, and 43% of employees were unaware of the benefit. Even in companies recognized as leaders in training, the median uptake in 2012-13 was only 3.75%.

Enter Guild and its brethren like InStride (Arizona State’s new tuition reimbursement venture launched this year), and a new entrant from Pearson, which just purchased Lumerit. These next generation tuition benefit companies combine slick online platforms for the three relevant constituencies (employers, non-selective universities, and employees), reporting and analytics, as well as the potential to create custom degree programs from a “network” of non-selective universities to better match employer needs (although the number of employers who’ve actually convinced universities to customize programs – let alone create new faster + cheaper pathways aligned to career pathways within employers – has heretofore fallen far short of the potential).

But the major innovation triggering the launch of the Third Age is a selling tactic. As Lumina discovered, employers weren’t measuring and valuing tuition reimbursement despite the fact that employees participating in tuition reimbursement programs had a materially lower churn rate than non-participating employees. Guild reports a 6-month retention rate at (select) employers of 95% compared to a baseline of 56%. Assuming self-selection is not solely responsible for this variance – i.e., employees who are more engaged are more likely to avail themselves of the tuition benefit – this is real money for employers who would otherwise have to recruit, hire, and (maybe even) train replacements; Guild touts that clients are achieving a $2.44 return for every $1 spent on tuition reimbursement. Even university partners have begun adopting this language. Brandman University Chancellor Gary Brahm notes that graduation rate in tuition benefit programs is “really important because that’s a measure of how likely [employers] are to significantly reduce their turnover.”

The retention rationale is what’s driving the growth of next generation tuition benefit companies like Guild as well as internal marketing, awareness, and employee adoption of tuition reimbursement. Some employers have begun driving awareness themselves. Last month at the Strada Education Network National Symposium, Dan Peterson of the Cook Group, a large family-owned medical device company, said that a few years back only 100 employees were availing themselves of tuition reimbursement. Today, due to better internal marketing, it’s 1,000.

But the Third Age of online education isn’t all giggles and hugs. For one, as EducationDive noted last week, most of the newfound excitement is among employers with large numbers of front line retail and foodservice jobs “where low wages and long hours make job-hopping common.” Should we be concerned that employers are using a higher education benefit to trap employees in what Emily Guendeslberger, author of the new book On the Clock calls “cyborg jobs… [that] treat employees more like robots than like people”? The answer will depend on completion rates and employment outcomes, and no tuition benefit companies are reporting these yet.

More pertinently, if the Third Age is characterized by getting someone else to pay for online degrees – employers for now, but expect to see other payors or facilitators like industry associations and labor unions – what’s happened to the perceived value of these programs in the Third Age? I have argued elsewhere that the value of degrees from non-selective colleges and universities is in decline due to crises of completion, affordability, and particularly employability (i.e., failure to align with the skills and capabilities employers list in job descriptions). The arrival of the Third Age of online education may be the ultimate proof of declining perceived value as it demonstrates that non-selective online degree student outcomes as we’ve traditionally thought of them (i.e., learning, skills, better jobs, higher incomes) are no longer sufficient to justify the cost of (and debt from) these programs. Rather, Third Age math only works when the operative outcome is employee retention. The obvious implication is that the perceived educational value of these degree programs has declined. The shift in emphasis from self-pay to employer-pay has ushered in an era of fin de siècle online degrees.

The other Proustian memory evoked by Guild is of education companies pivoting to selling to businesses after running into trouble selling to consumers. AltSchool is a recent example, but the number of challenged education businesses undertaking a B2B pivot is legion, while the number that have succeeded is astonishingly low.

With the help of Guild and its imitators, the newest “companies” pivoting to B2B are the non-profit universities and OPMs of the Second Age of online education. So when the history of the Third Age of online education is written and student-employee outcomes from fin de siècle online degrees are fully and fairly assessed, here’s hoping the whole employer-pay exercise won’t be viewed as a stopgap, prolonging the product life of degree programs and delaying the inevitable hard work of creating faster + cheaper pathways – and that participating colleges and universities won’t resort to an alibi as absurd as Prince Andrew’s Woking Pizza Express.