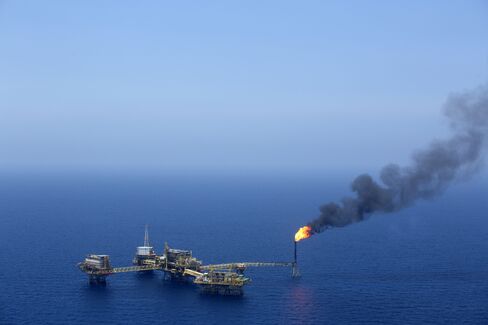 The tumble in global oil prices has sent Mexico’s currency to a record low and forced the nation to cut spending and raise interest rates. Yet for all the focus on crude, Latin America’s second-largest economy is actually less dependent on oil revenue than at any time in the past decade.

The chart below shows the percentage of the federal budget that comes from oil sales. While they’ve traditionally funded more than one third of the government’s spending, that contribution dropped to less than 20 percent last year.

You might think the decrease in oil’s contribution is due mainly to lower prices and production, but the data show otherwise. The increase in non-oil tax revenue last year exceeded the drop in oil revenue by 174 billion pesos ($9.6 billion), or 4 percent of total revenue, showing that the higher non-oil intake was a bigger factor than falling crude. Other sources of revenue, like income from government services and state-owned companies other than oil monopoly Pemex, contribute another 25 percent to the total federal intake.

Mexico’s non-oil tax revenue climbed 27 percent in 2015 from the previous year, double the fastest rate since at least 2003, according to data from the nation’s Finance Ministry. The government in the past two years has implemented a sweeping tax increase aimed at weaning the nation off its dependence on crude sales. Mexico raised the maximum income tax rate to 35 percent, increased the sales tax in states along the U.S. border and applied an 8 percent levy on junk food, among other measures.

“They certainly got some relief on the revenue front from having the fiscal reform in place,” said Alonso Cervera, Credit Suisse Group AG’s chief economist for Latin America. “The spending cuts would have had to be more aggressive and sentiment towards the country would have worsened more than it has.”

While Mexico’s budget has been insulated from lower oil prices this year and in 2015 by hedges that locked in higher prices, the government has cut spending in a move that it says is preventative and designed to smooth out adjustments in future years, when oil prices may remain low and limit the nation from hedging at more attractive prices. Mexico secured a price of $49 per barrel for its oil exports this year; its oil mix has recently traded at about half that.

Oil’s importance to Mexico’s economic growth is also declining. Oil and gas extraction represented only about 5.3 percent of its gross domestic product last year, about half the level from two decades ago, when the North American Free Trade Agreement took effect, and a contribution that’s easily trumped by manufacturing and service industries like tourism.

While oil production is falling, gains in auto production and consumer spending are helping give Mexico the fastest growth among major economies in Latin America and an expansion that’s quicker than several large oil producers.