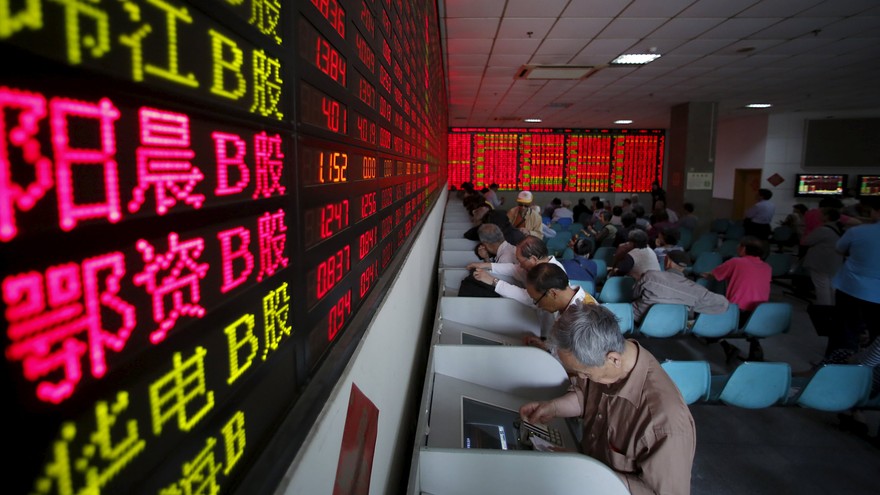 Wednesday could be huge for Chinese stocks.

On that day, about four hours before Shanghai opens for trade, MSCI Inc.MSCI, -0.47%  will announce whether it will welcome China’s top yuan-denominated stocks into its extremely influential Emerging Markets Index 891800, -0.42% tracked by a mountain of roughly $1.7 trillion in assets worldwide.

Such a move would be expected to ignite a significant rally in Shanghai blue chips, and a recent Wall Street Journal report cited major funds such as those of Vanguard Group Inc. planning to purchase Chinese equities ahead of the MSCI decision, which is due to be revealed Tuesday at about 5:30 p.m. U.S. Eastern time (Wednesday 5:30 a.m. in Shanghai) on the financial company’s website.

Hong Kong-listed shares of Chinese companies — known as “H-shares” — are already a sizeable presence in the MSCI EM Index. Rival FTSE Group (owned by the London Stock Exchange LSE, -1.34% LDNXF, -2.78%  ) recently added the mainland-listed stocks — known as “A-shares” — into transitional global indexes, and may add them to its benchmark EM index this September, according to HSBC.

The possible MSCI move has been making big headlines in China’s news media, but that said, many analysts are not so sure the index compiler will take the plunge into Chinese equities this week, suggesting it will wait a little longer for the country’s financial reforms to solidify further.

Among analysts closely following Chinese stocks, many think inclusion in the MSCI EM Index will happen, even if not right away.

Last June, some investors had pushed back against the addition of A-shares in the benchmark, arguing that China still restricted market access. Since then, however, Chinese markets have opened further to the world, including through the launch ofthe milestone Hong Kong-Shanghai Stock Connect scheme — which allows foreign retail investors to directly buy mainland Chinese equities for the first time — and through the mutual recognition of Hong Kong funds and their mainland peers.

But despite such liberalizations, Hong Kong-based China Forward Capital Group’s founder and chief investment officer, Qi Wang, thinks MSCI will likely wait a little longer before including the A-shares.

“There could be more dramatic policy changes in the second half of 2015, beyond the already announced mutual recognition” of funds, he told MarketWatch late last week. “This may prompt MSCI to delay the decision to later this year in order to take a more comprehensive view.”

Ilya Feygin, managing director at New York-based broker WallachBeth Capital, sees “a greater than 80% chance” that China’s A-shares will join the MSCI indices by its June 2016 index review at the latest, though Wednesday’s announcement might not be one of immediate inclusion of Chinese stocks.

“The upcoming announcement June 9th will probably simply make some forward-looking statement to that effect,” he said in emailed comments for this report.