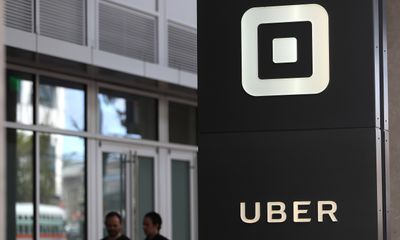 Uber likes a fight – ask its competitors, as well as various law courts around the world.

Then again, so does the GMB union.

So this case, about whether Uber drivers are workers (with the rights that status entails, like minimum wages and paid holiday) or self-employed contractors, will run and run.

Both sides were always going to fight fiercely, because so much is at stake.

Uber has 40,000 drivers in the UK, whom they might have to pay a fair chunk of cash more.

But thousands more people work in the gig economy, where workers sign up for jobs through smartphone apps.

We used to call the gig economy the ‘sharing’ economy, before we realised what quite rapacious business it could be. But it’s clear consumers and workers alike are flocking to it.

Both sides are sort of right, in this case. There should be more protection for people working in the gig economy.

It’s not enough to simply say that people are adults, and they can make their decisions. The law must stop unfair practices. I don’t think Uber employs them, but there are a lot of companies in the gig economy, with more springing up every day: it’s a wild west which could do with a bit more regulation and protection.

On the other hand, Uber clearly allows employees the benefit of its technology, and the flexibility to work where and when they want. That’s a good thing.

The binary ‘worker’ and ‘self-employed’ choice is starting to feel ever more strained.

The smartphone revolution has created an entirely new category of work. So we need to come up with a new way of understanding it, both in law and in our society.

Technology races ahead, introducing new behaviours – tribunal decisions like this are our attempt to make sense of them.