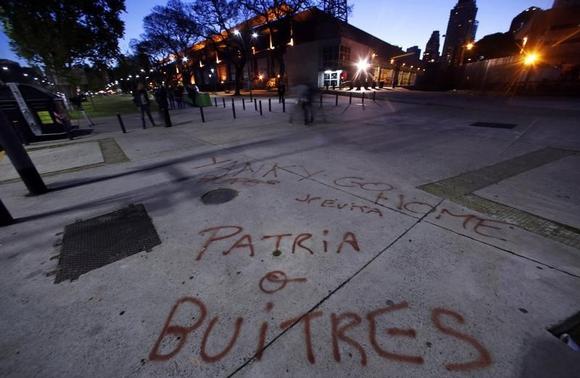 (Reuters) – The mediator in the case brought by investors who rejected Argentina’s 2005 and 2010 debt restructurings said on Thursday that the “holdout” investors offered to reopen talks with Buenos Aires, and the government said it was considering the offer.

The case is part of years long, cross-border litigation following Argentina’s sovereign debt default in 2002, after which some debt holders agreed to accept reduced payouts while others refused and took to the courts.

New York-based mediator Daniel Pollack said in a statement that the hedge funds involved in earlier talks passed the invitation through him to Argentina’s lawyers in January.

Argentina “neither accepted nor otherwise responded to the invitation by the bondholders,” Pollack said.

The Economy Ministry in a statement said it had already informed Pollack that it was considering the offer. It accused him of being partial in favor of the bondholder and of breaking confidentiality.

“His statement omits the fact that the offer had been made under total confidentiality,” the Economy Ministry said.

It said Pollack’s statement was distributed to the media “with the unmistakable aim of favoring, once again, the vulture funds.”

The ministry often characterizes its adversaries in the court battle as birds of prey, picking over the bones of Argentina’s 2002 economic crisis in their pursuit of astronomical profits.

“The invitation by the bondholders was without pre-conditions and offered the possibility to the government of Argentina of a settlement without any present payment of cash, details to be negotiated,” Pollack said.

The judge handling the case, Thomas Griesa of New York, asked him to issue the statement, Pollack added.

Buenos Aires said last year that the Rights Upon Future Offerings (RUFO) clause in the restructured debt contracts blocked it from settling with the hedge funds on better terms than investors got in the 2005 and 2010 exchanges.

The clause expired at the end of 2014 but Argentina has signaled that it would maintain a tough stance.

Griesa has halted payments on the restructured bonds until a deal is reached. But Buenos Aires defied his order and in late June moved to make a scheduled coupon payment by transferring money to BNY Mellon.

Griesa ruled the payment illegal and ordered it returned. Argentina refused, leaving BNY Mellon stuck in the middle and investors without their coupon payment.