Skip to content
ECONOMY
October 25, 2016 subhadip 'faces, And, Bank, Carney, England's, From, of, politics, pressure, prices, to, up 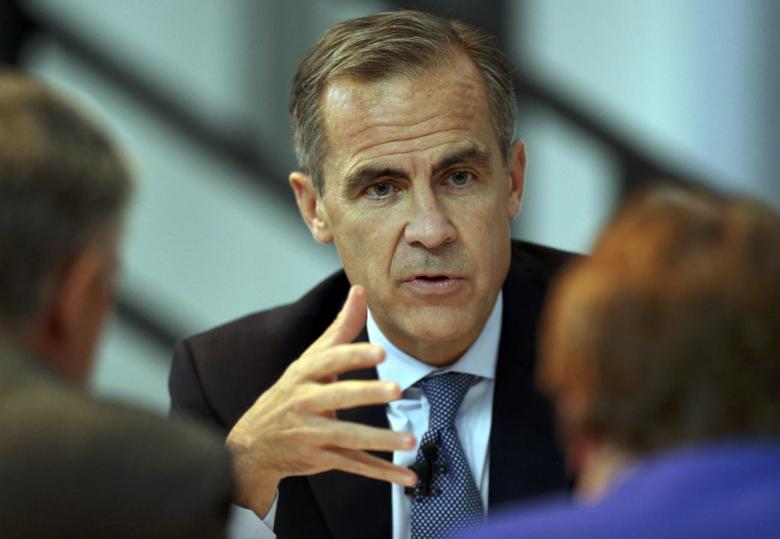 Two of the biggest bugbears for any central banker – political pressure and an impending surge in inflation – now loom larger over Bank of England Governor Mark Carney than at any time since he took over the central bank.

After rushing to stabilise Britain’s economy in the weeks after June’s vote to leave the European Union, including the BoE’s first rate cut since 2009, Carney faces a more nuanced but no easier task next week, when he will explain the Bank’s latest thinking on the impact of the Brexit vote.

A further cut in rates on Nov. 3, which was signalled by the Bank as recently as September, now looks unlikely because the economy seems to be slowing less than the BoE feared.

Moreover, a renewed lurch down in sterling to a fresh 31-year low against the dollar will push the central bank to jack up its inflation forecast to show a bigger overshoot of its price target than any time since it gained independence in 1997.

However, Carney will probably keep alive the prospect of further monetary stimulus in case of weaker growth, even after Prime Minister Theresa May issued the government’s sharpest criticism of BoE action since the financial crisis.

“They may not cut rates in November, but I don’t think that takes a rate cut – eventually – off the table,” said Jeremy Lawson, chief economist at fund manager Standard Life Investments. “Things are still fragile and there are plenty of opportunities when growth could weaken.”

Added to the mix is uncertainty about Carney’s future. Hand-picked as governor four years ago by the now-fired finance minister George Osborne, Carney has said he will announce by the end of the year if he will take up an option to stay an extra three years at the BoE or leave as planned in mid-2018.

Many supporters of Britain’s exit from the EU strongly objected to Carney’s warnings of the economic risks of Brexit in the run-up to the referendum.

Then, earlier this month, Prime Minister May said low interest rates had “bad side effects” for savers, even if it had been needed as emergency medicine after the global financial crisis.

Whether this was intended as a shot across the BoE’s bows is unclear. Carney himself has acknowledged ultra-loose monetary policy redistributes wealth in a way the government may want to tackle. But the Canadian also felt it necessary to say he would not “take instruction” over policy.

Carney will probably try to steer the focus away from politics and back to the economy next week when he will acknowledge the more muted immediate Brexit hit to the economy than the BoE initially expected.

When it cut rates to a record-low 0.25 percent, restarted its bond-buying programme and took other stimulus measures in August, the Bank said it expected to cut rates again this year if the economy developed in line with its forecasts.

Despite the economy proving more resilient than expected to the immediate Brexit shock, some BoE policymakers may still think the medium-term outlook is dark enough for a further rate cut to 0.1 percent.

Surveys have suggested a fall in business investment, one of the main channels through which the BoE expects the Brexit vote to crimp future economic expansion – though there will be a lack of hard data in time for November’s decision.

Another factor which may encourage policymakers to hold off include finance minister Philip Hammond’s Nov. 23 mid-year statement – though the signs are he will wait until the main annual budget in March before making big changes.

The other big challenge to a rate cut is the fragility of sterling. This has fallen 8 percent since August, making an upward revision to the BoE’s inflation medium-term forecast almost inevitable, unless the central bank takes a distinctly more gloomy view of Britain’s economic prospects.

In August, the BoE forecast inflation would hit its 2 percent target in around a year and then overshoot to 2.4 percent for the following two years, while growth would slow to 0.8 percent next year before recovering to 1.7 percent in 2018.

That said, the BoE typically views currency-driven overshoots in inflation as temporary and tolerable, as it did with even sharper spikes in inflation in the years after the financial crisis.

“I don’t see the more dovish core of the committee being too concerned about the inflation outlook,” Lawson said.