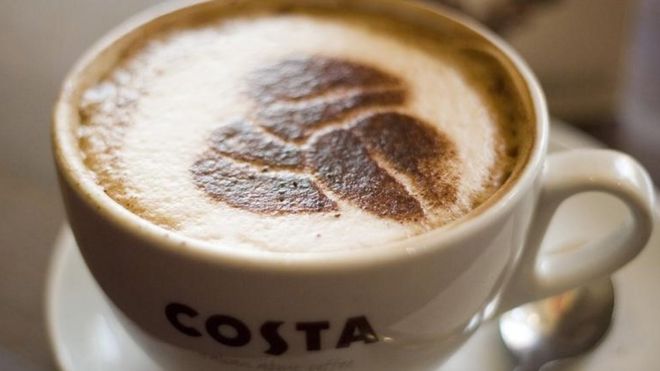 Whitbread’s sales and profit rose in the first six months of the year, boosted by growing sales at its Costa Coffee and Premier Inn chains.

Despite Costa’s “phenomenal” growth, there was still plenty more potential for expansion in the business, the group’s chief executive said.

However, the weaker pound would drive up the cost of coffee, she added.

“Our key import in US dollars is coffee and so we are expecting next year to see that price rise,” Alison Brittain told the BBC Radio 4’s Today programme.

However, she added the company was “fully hedged,” or insured, against the rising cost this year, so it was not an issue at the moment.

Asked if that meant that consumers would see the price of a cup of coffee going up next year, Ms Brittain said: “Some competitors have signalled that, but raising prices is not the first lever I would be wanting to pull.

“The success of our brand has been based on consistently delivering great value for money and that’s a combination of service, price and the quality of the coffee, so we’ll continue to focus on that,” she added.

Whitbread plans to open between 230 and 250 new coffee shops worldwide, as well as 3,700 new Premier Inn rooms in the UK over the course of the financial year.

The group said it would “monitor and evaluate” risks and uncertainties including the risk of a wider macroeconomic effect as a result of the UK leaving the EU, including foreign exchange and interest rate fluctuations.

But while there was uncertainty in the UK’s economic outlook, the group said it expected to deliver results in line with full year expectations.

However, both Costa and Premier Inn have been affected by the the National Living Wage, which it introduced in October 2015, ahead of the official launch date.

Costa’s underlying operating profit fell 4% to £64.6m and profit margins were down 1.8 % year-on-year, 1.3% of which was due to the National Living Wage and investments.

Whitbread said it expected Costa’s margin to recover in the second half of the year.

In its statement, it predicted “headwinds” from the National Living Wage, business rates, commodity price inflation and foreign exchange rates but it said it was in a good position to offset the effects of the cost increases, through efficiencies and investments.

Laith Khalaf, senior analyst at Hargreaves Lansdown, said: “The strength of Premier Inn and Costa is being tested… not least by the National Living Wage, which has raised staffing costs.

“Looking forward, there are challenges too. If Brexit does precipitate an economic slowdown next year, that will damage the appetite of businesses and consumers to spend money on hotel rooms,” he added.

“Costa also has to contend with a big jump in the price of coffee, which has risen by more than 50% in sterling terms this year.

“Whitbread continues to expand in the UK and overseas, and its long-term growth potential still looks promising, but in the short term, there could be a rocky patch ahead,” he said.