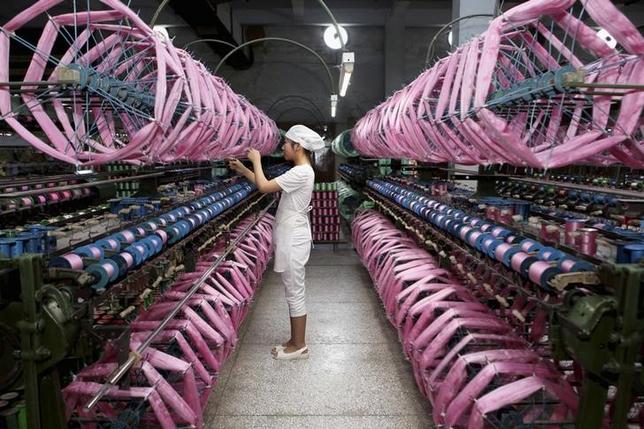 Chinese policymakers emerged from the Lunar New Year hiatus with one collective message for nervous investors at home and abroad – Beijing will put a floor under the slowing economy, keep its currency steady and ensure employment remains stable even as bloated industries undergo restructuring.

The string of assurances comes ahead of two high-profile political events for China: a meeting of G20 finance chiefs in Shanghai later this month and next month’s annual gathering of China’s legislature – where the next five-year economic development plan will be finalised.

A rout in Chinese stocks last summer and its unexpected devaluation of the yuanCNY=CFXS in August have rattled global markets, raising concerns about the health of the world’s second-largest economy and Beijing’s ability to steer it simultaneously through both a protracted slowdown and radical restructuring.

“China’s economic fundamentals have not changed,” Zhao Chenxin, a spokesman for the National Development and Reform Commission (NDRC), the country’s top economic planner, told reporters in Beijing on Wednesday. “The economy will maintain a medium- to high-rate growth.”

Still, gross domestic product expanded 6.9 percent in 2015, the slowest in a quarter of a century, and economists see a further cooling this year even if the government expands its year-long stimulus campaign.

“We think growth could be 6.7-6.8 percent this year,” said Xu Gao, chief economist of China Everbright Securities in Beijing.

The NDRC plans to allocate 400 billion yuan ($61.3 billion) to fund local governments’ infrastructure projects, a local branch of the economic planner said in a statement before the long Lunar New Year break.

The economic planner said on Wednesday that it had okayed 54.1 billion yuan of investments in January – following approval of 2.52 trillion yuan worth of projects in 2015 – to help support growth.

The announcement followed measures announced by the central bank on Tuesday to support China’s industries.

Separately, a spokesman for the commerce ministry on Wednesday downplayed the risk of capital flight, and said there is no basis for continued depreciation of the yuan, a scenario that has been one factor behind a massive sell-off in global markets early this year.

The central bank has stunned investors twice in six months – in August and early this year – by allowing sudden, sharp drops in the value of the yuan against the U.S. dollar, only to intervene quickly and forcefully afterwards to steady it.

It burned through a record amount of foreign reserves in 2015 as it sold dollars and bought yuan to support the currency and deter speculators betting on further declines.

The yuan is expected to be among the key topics of discussion at the meeting of finance ministers and central bank governors from the Group of 20 economies in Shanghai at the end of this month.

While Beijing’s latest assurances of stability may have tempered fears of an imminent and sharp devaluation, most economists and currency strategists expect the yuan will remain under pressure and capital outflows will continue until the economy shows some signs of leveling out.

“After the Lunar New Year, the cabinet and government ministries have all sent out positive signals,” said Xu at China Everbright Securities.

“For the economy, there is still lots of room for the government to step up investment. 2016 is the first year of the 13th five-year plan (2016-2020) and the government will ensure growth of at least 6.5 percent this year.”

NDRC’s Zhao also said China has the ability and confidence to maintain stable employment levels, even as the government moves to curb overcapacity in the coal and steel sectors to squeeze out so-called “zombie firms”.

The government will take steps to resolve factory overcapacity but will try to reduce the number of layoffs, he said.

China’s plan to cut its steel production capacity by 100-150 million tonnes will lead to the loss of up to 400,000 jobs, the official Xinhua news agency reported last month.

And while most private economists agree the economy does not appear to be in danger of sharp deterioration at present, most are sticking to forecasts of a gradual and bumpy slowdown.

“We expect the economy to continue to slow and corporate balance sheets to worsen,” Tao Wang, Hong Kong-based China economist at UBS, wrote in a report on Monday.

“However, we see the risk of an immediate systematic financial crisis as very small, due to high domestic saving and ample banking liquidity, extensive government ownership of banks and many debtors, and capital controls.”