In a report on EDF’s international strategy, the Cour des Comptes – the French equivalent of the UK’s National Audit Office – said EDF and its 85% state shareholding should take a close look at the risks associated with the project to build two nuclear reactors at Hinkley Point in Somerset. 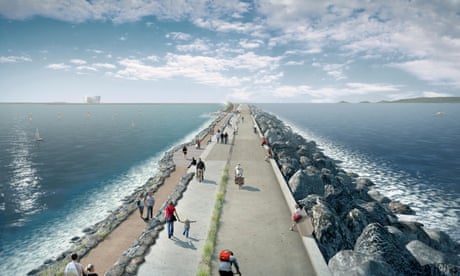 The report, which focuses on the 2009-2014 period – which includes EDF’s October 2013 agreement with the British government but not its deal in October 2015 with the Chinese utility CGN to take a one-third stake – said the financing around the Hinkley Point deal was potentially risky for EDF.

“Even though the [Hinkley Point] deal has not been finalised, the complexity of the deal and especially the way it could impact the responsibility of EDF suffice to raise serious questions,” the auditor said.

The warning comes days after EDF’s chief financial officer resigned over worries about the firm’s ability to finance the project and after unions warned that the project is a risk to EDF’s very survival.

However, there was some good news on Thursday for EDF’s Hinkley project, with EU anti-trust regulators clearing the French firm’s proposed partnership with CGN.

“The [European] Commission’s investigation found that competition in the wholesale supply of electricity in the UK will not be hindered by the transaction given the moderate market share of EDF, the very limited market shares of CGN in this market and the presence of other competitors,” the commission said in an email sent to AFP.

In 2013, EDF had planned to take a minority stake in the Hinkley Point project, but CGN only agreed to take a one-third stake.

This forced EDF to shoulder two-thirds of the project to build two Areva-designed European Pressurised Reactors (EPR) in Britain. Four other EPRs under construction in Finland, France, and China are years behind schedule and billions over budget.

“[These delays] make one wonder whether Hinkley Point can respect its deadlines,” the auditor said, adding that if the project runs over budget, EDF would be responsible for the cost.

The auditor said the focus on nuclear in EDF’s foreign investments was a way to preserve its skill base at home, which it said was acceptable, as long as this was not more a defensive than an offensive stance.

EDF wants to renew its ageing nuclear plants in a decade from now, but needs to build reactors abroad to sustain the French nuclear industry at home.

The auditor also said the firm’s renewable energy unit EDF EN had a “marginal” and “peripheral” place within the firm and that EDF had been slow to invest in energy services.

It said EDF and its energy services unit Dalkia – which it acquired two years ago – had different corporate cultures and that synergies needed to be built.

The auditor said EDF’s rate of return (core earnings over revenue) on foreign projects was just 12% in 2014, compared with 30.6% in France, and had been falling since 2009.