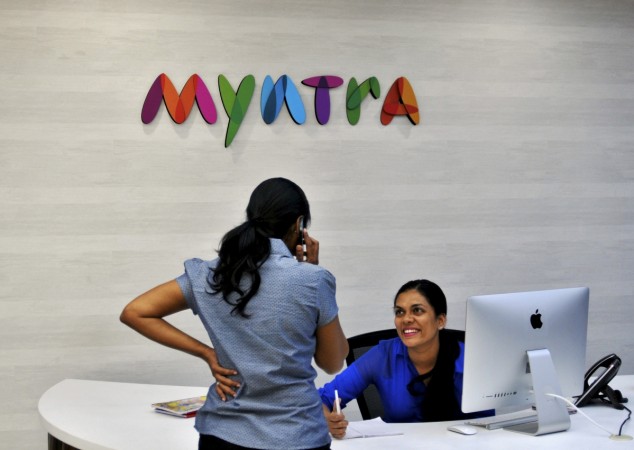 Myntra receives Rs 338 crore funding from Flipkart. In Picture: Employees chat inside the office of Myntra in Bengaluru, India on May 6, 2015.Reuters

The funding — a boost to Myntra — comes at a time when rival company Jabong is struggling to remain afloat and recently received funding worth Rs 2 crore. The funding will help Jabong survive for another year.

Myntra is reportedly aiming at sales worth $1 billion in the next financial year.

Myntra was bought by Flipkart for $330 million in 2014. The e-commerce company is planning to achieve operating profit by March 2017. It also plans to start charging customers money for under-taking deliveries of certain items, in a bid to decrease losses, Mint reports.

Online e-commerce firms such as Flipkart, Snapdeal and Amazon are reportedly focusing on their fashion segments to generate revenue.

During the financial year 2014-2015, Myntra’s revenue increased to Rs 758 crore from Rs 427 crore from the previous year. On the flip side, the company reported a three-fold loss of Rs 1,126 crore. up from Rs 386 crore, during the same period, it said in a filing with the Registrar of Companies.

Despite recording losses back home, last month Myntra announced it was planning to enter the $600-billion online apparel market in the United States. The company has reportedly set up a subsidiary called Myntra Inc, but it is yet to begin operations.