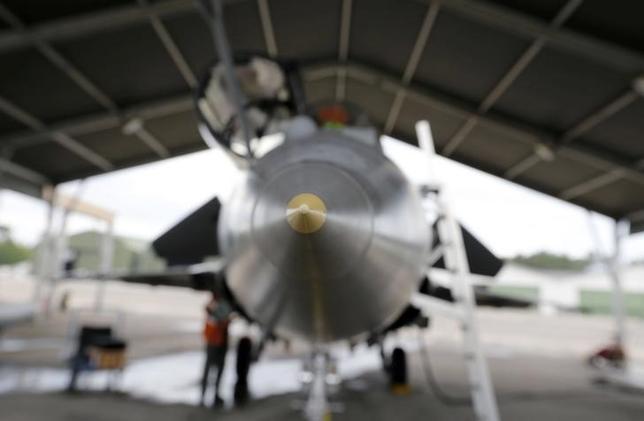 A Rafale jet fighter is pictured at the air base in Mont de Marsan, southwestern France, August 31, 2015.
REUTERS/REGIS DUVIGNAU/FILES

India and France are close to a deal to buy 36 combat planes from Dassault, India’s defence minister said on Monday, after months of wrangling over price and other terms of the sale.

French President Francois Hollande is due in New Delhi this month as a guest of honour at a military parade and the two sides are expected to seal the pact for the Rafale fighters either just before he arrives or during the visit.

India’s air force desperately wants to replace its ageing squadrons of Soviet-era warplanes to face a two-front threat from China and Pakistan.

The defence ministry had originally cleared the purchase of 126 Rafale planes, estimated at the time to be worth $12 billion. Last year the number of planes was scaled back to 36 after the two sides could not agree on unit price and local assembly of the aircraft.

Under the new deal that India and France are trying to seal, the planes will be brought off the shelf. “The procedure is going on,” Parrikar said, declining to elaborate.

New Delhi is hoping the bulk of the air force fleet will be made up by an indigenous fighter that has been three decades in the making.